I hadn’t intended to visit Marble Arch in Co Fermanagh in Northern Ireland. No particular reason but tourist show caves are not really my thing. I guess over the years I have seen many and some like Jenolan Caves in NSW take a bit of beating. But I found time one wet morning and headed out there. In Irish legend, caves are the entrance to the Otherworld, inhabited by deities or perhaps the dead.  I was prepared.

A unique feature of this particular cave is that you can explore some of the way in a boat but not this time. There had been too much rain. So we walked in, down 154 steps. And up those same steps to get out.

Certainly there were more formations to see than at Ailwee Cave in County Clare . Passages were large and impressive and as a show cave they have done a great job with concrete paths and steel steps.

Pretty much all the known speleothems are represented and well preserved. There are stalactites, soda straws, veils, cascades and curtains, flowstone, rimstone, dams, ribbons, one near column and the occasional stalagmite. 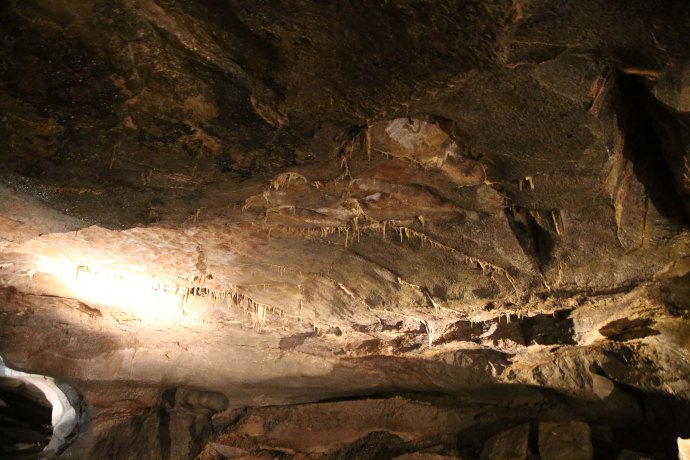 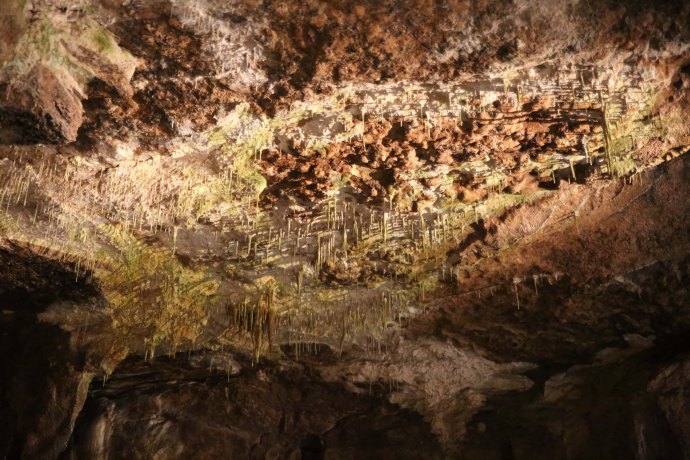 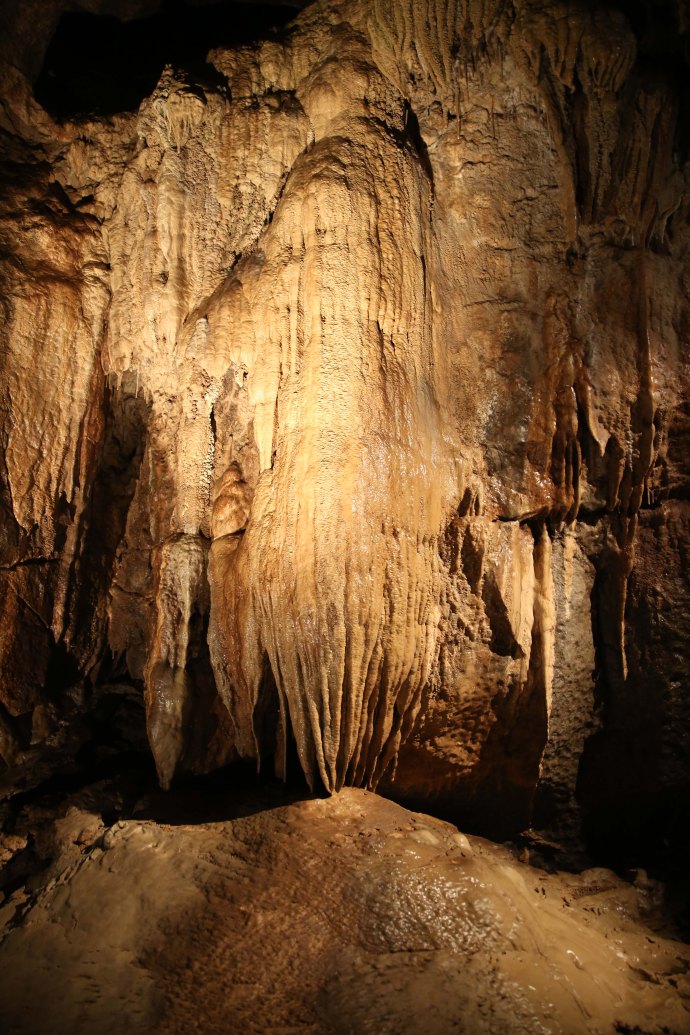 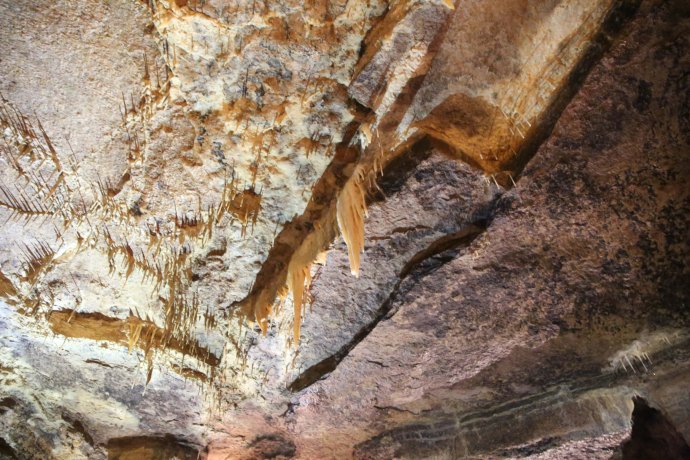 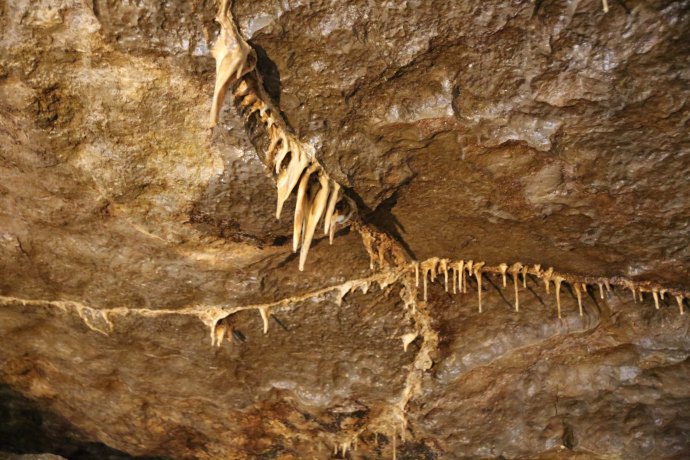 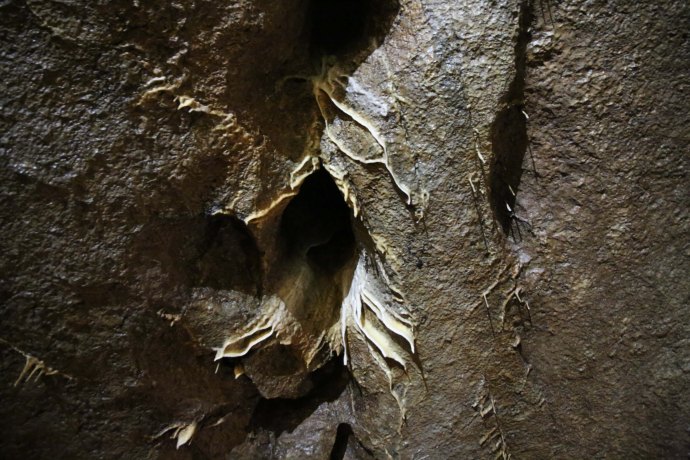 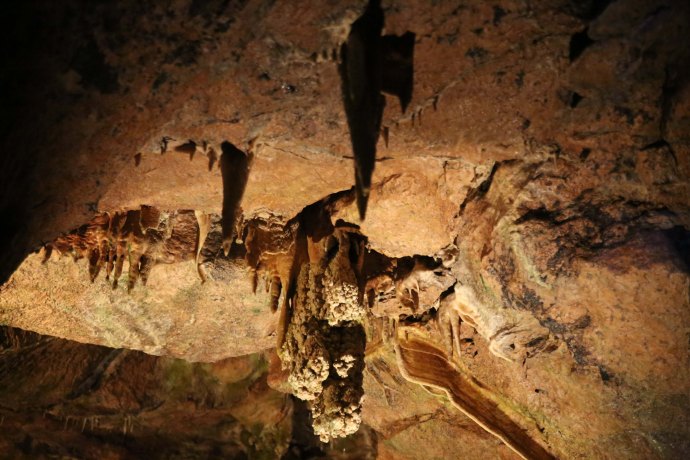 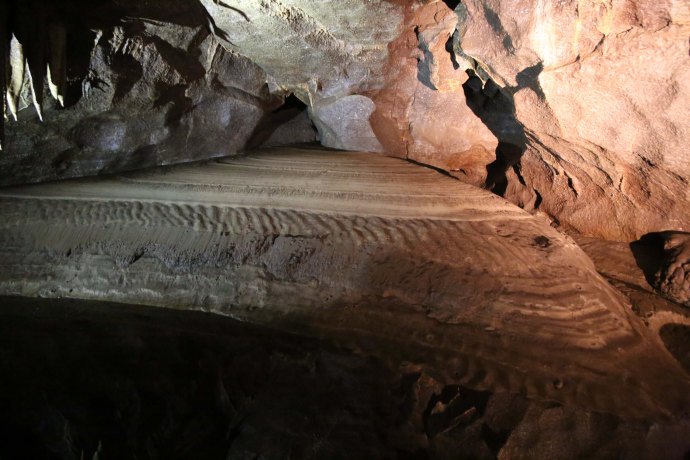 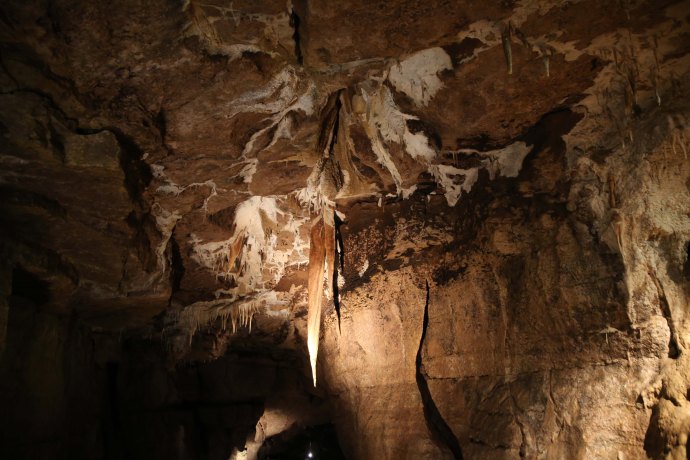 The caves had been known for hundreds of years but never explored due to the high water level.  At the prompting of amateur geologist and the third Earl of Enniskillen, William Willoughby Cole, French cave explorer Edouard Martel entered the caves in 1885 for the first time with candles and magnesium flares.  One hundred years later it was opened as a show cave. This is the second longest cave system in Ireland and only a small part can be visited.

The tour was a bit quick for me; not giving enough time to get good photographs so most are point and shoot. Still I think you get the picture.