Why I love Irish Music Festivals. Especially the ones I don’t go to.

If you’ve read any of my blog posts you will know I love Festivals.  Traditional Irish Music Festivals to be more precise.   But sometimes I like them even better if I don’t go.  Let me explain.

This weekend 1st to 3rd April in Ennis is a Festival devoted to the concertina.  Clare is of course the home of the concertina in Ireland so what better place to have it.  There is a rich tradition in both East and West Clare and many of the greatest exponents of this instrument either come from or have connections to Clare.  So as you can imagine there are plenty of visiting musicians.  In itself a weekend of concertina music is not such a big drawcard for me though I have planned to attend some of the events.  But what I love is the possibilities that sometimes get thrown up for some really wonderful collaborations.

One such of these happened on Friday night at Kilshanny House.  Kilshanny House is a rural pub located about 10 km north of Ennistymon, which itself is twenty minutes north of Ennis.  Bravely they have started a regular Friday session hosted by Eoin O’Neill.  This night he invited  the wonderful  Kinvara-based accordion player and long-time member of Altan, Dermot Byrne and when it became known that concertina and flute player, John Williams from Chicago, but once resident in Doolin, would also be there this acted as a catalyst for a number of other local and visiting musicians.  Among those sitting around the coffee table with them, giving more of the feel of a living room than a pub, was Adam Shapiro, Conor Byrne and Terry Bingham three musicians well known in Clare.  And the next generation of concertina players Dara and Sarah, joined in also.

This was a relaxed and special session.  Quite different to what was probably happening in Ennis at the same time in the  packed noisy pubs.  You could hear every note, every nuance and it was a real thrill for me to be part of.

Can’t wait for the Fleadh Ceol in Ennis.  Especially for those nights when I won’t be there. 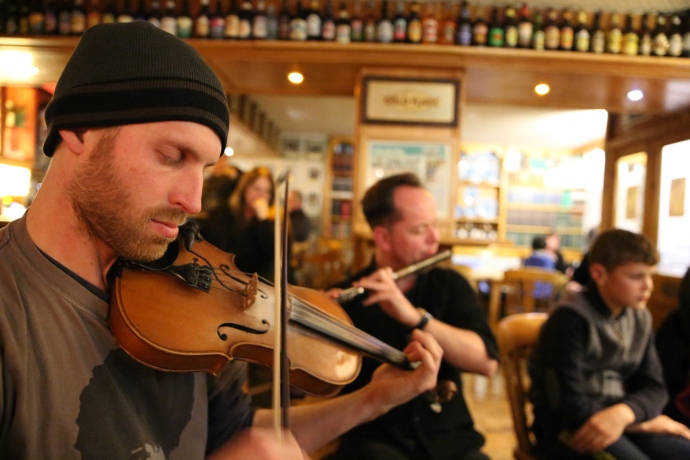 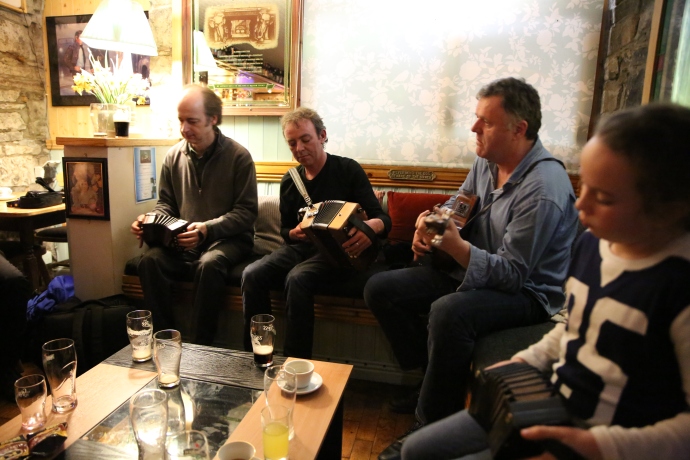 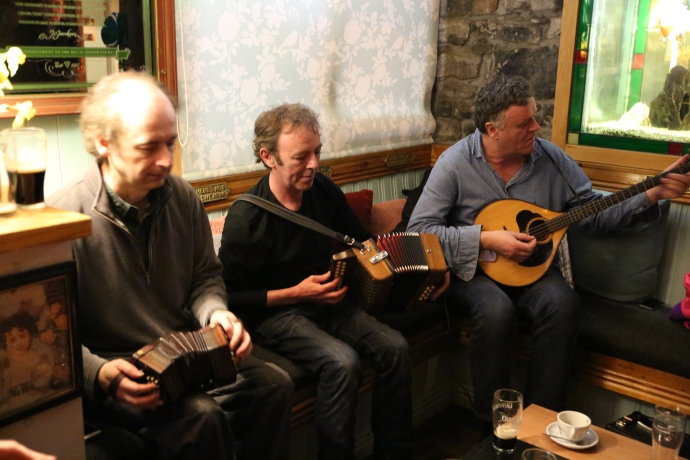