Where the ocean kisses Ireland and the waves caress its shore : of seaweed and báirnachs.

Posted on September 5, 2016 by singersong

These words are from a Saw Doctor’s song, The Green and Red of Mayo. OK, they are about Mayo but they could just as easily have been written about Clare. Or about my house which is right there on the rocks; where the ocean kisses Ireland.

At the moment it is a hive of activity. Seaweed harvesting is in full swing and there are regulars who visit the shore to collect winkles or báirnach (limpets) or drop in a line hoping for a pollock or mackerel.

Gerard Talty runs the seaweed farm and his pasture is right at my front lawn. He has developed a thriving business exporting at least a dozen products made from seaweed collected at Caherush and nearby and processed right here on the Clogher Road. Talk about coals to Newcastle, Japan is one of his biggest customers.

One bright day recently I went out to chat to the guys. There were three generations of Talty’s working the weed. Ger, his father Mikey and son Evan. That in itself is pretty unique.  Currently they are harvesting the kelp. Laminaria.  Ger is a great advocate for seaweed and he extolled the many properties of this particular variety of kelp. It eats cellulite; you can bathe in it; it is rich in magnesium; it has a chemical make-up that is closest to human blood. It is chock full of chlorophyll. Or you can cook any number of delicious things with it. There’s carrageen and dillisk and sea lettuce and all the rest too but today it was about kelp. Something I didn’t know about kelp was that the fifth taste, umami, was recognised in kelp in 1908 though it was nearly a hundred years later before it was given credence as a distinct taste alongside bitter, sweet, salty and sour.  This came with the discovery of umami taste receptors in the tongue and the stomach. 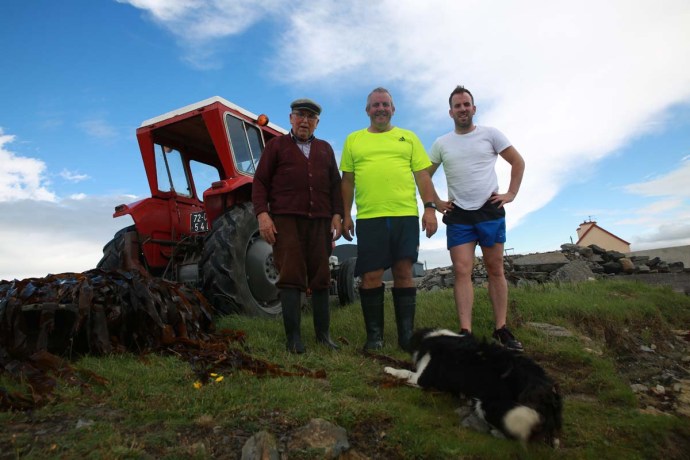 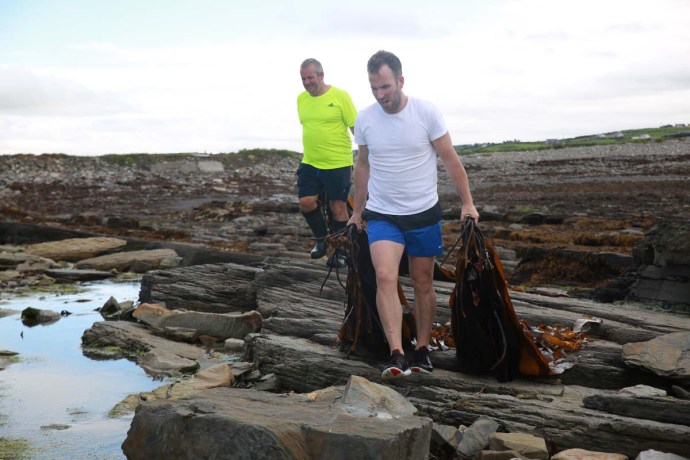 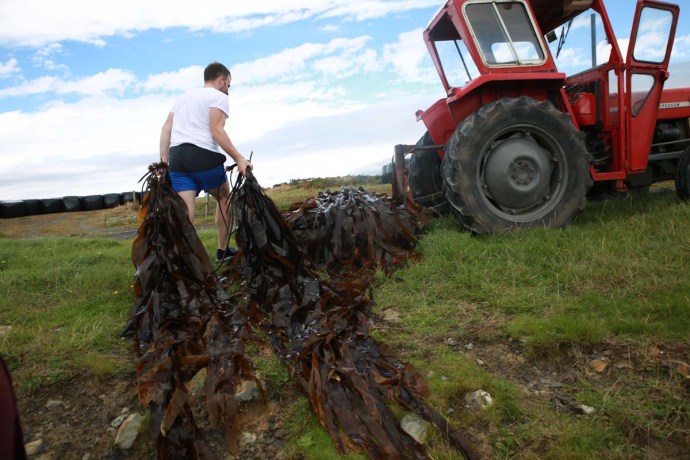 Seaweed farming has a long history in West Ireland. A poem, probably dating from the twelfth century, describes monks harvesting dillisk from the rocks and distributing it to the poor as one of their daily duties. It was used as a food and a medicine, as chewing tobacco, ingested to eliminate worms, and was recommended as a remedy for ‘women’s longing’ whatever that was.  Seaweed manure was particularly important in areas with poor soil, and conflicts were fought over seaweed rights and access. 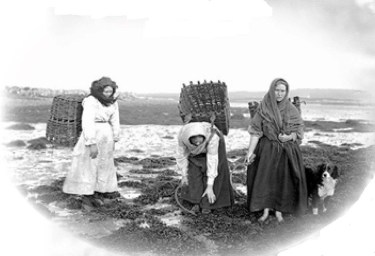 Ireland’s tradition of kelp harvesting dates back to the seventeenth century. It was burnt in stone kilns, the ruins of which are still visible in places. The ash that remained was used for glazing pottery and for making glass and soap and then later to produce iodine. This latter discovery kept the tradition alive until World War II. Now the tradition is continued by people like the Taltys.

I spoke to Ger’s dad Mikey. A resident on the Clogher Road for 79 years. And still driving the 1969 Massey Ferguson to harvest the weed. He remembers when the tractor replaced the horse and cart. I’ve seen him doing any number of farm chores, including driving the excavator onto the beach to clear drains or transporting silage and of course helping with the seaweed harvest. 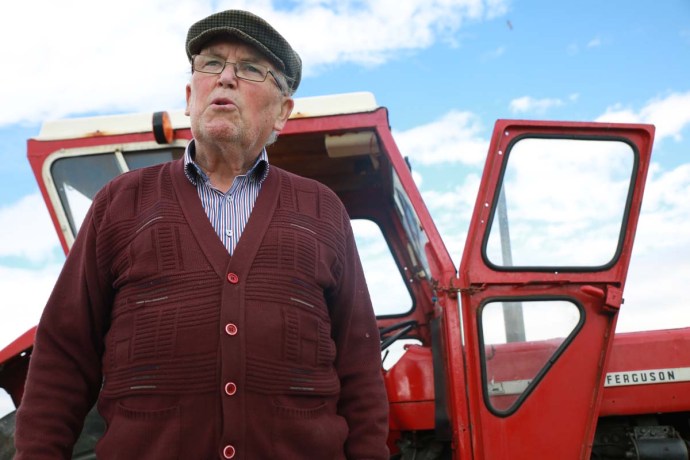 We had just a few minutes before an errant shower interfered with the dialogue but there is nothing Mikey doesn’t know about this bay. He told me the best way to cook báirnach or where I can find evidence of them eating báirnach in the 11th century in the middens of a castle around the point.  And more surprisingly how Point Caherush was a major quarrying operation back in the 50s. This was intriguing and prompted me to investigate further. I will blog on this another time. 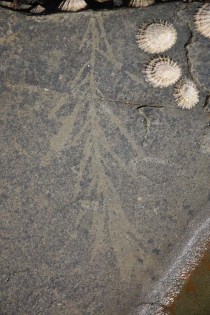 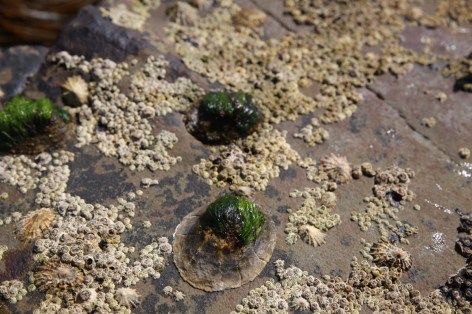 So with the tractor loaded and the threat of imminent rain, the operation concluded for the day. Ger told me that this kelp was the best for seaweed baths. Slippery; and hot water brings out the beneficial nutrients. “That’s what you get down at Trump’s” he said, referring to the Donald Trump owned resort at Doonbeg, ten km away. 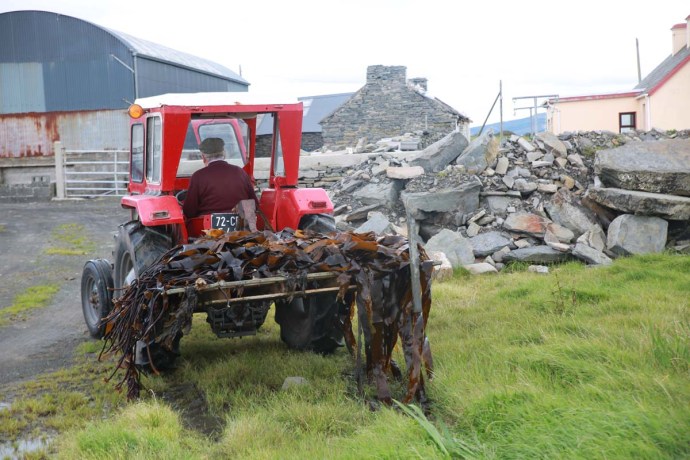 I think I might go and take a bath.