Posted on September 2, 2016 by singersong

During late July I spent a week on Achill Island in the west of Co Mayo. My reason for being there of course was music, a Summer School called Scoil Achla. This was my third time and I have spoken at length about it in my previous blogs. Indeed raved about it, so I won’t repeat that here. Just type Achill into the search box!  This time though I didn’t attend classes and to say I needed a break after the summer touring would be putting it too mildly. This was the perfect place to spend time away from the music but to have it on tap at the same time. At least that was my intention.

After my previous visits I thought I knew Achill. But what I discovered here was another Achill, not the one I had written about before. Oh that was all here too, the wonderful music and the undeniable beauty of this place as a Summer holiday destination.  So let’s get that over with.  Here are some shots that showcase Achill Island.  Hopefully you will hop onto the internet, book your accommodation and plan your trip as soon as possible.  But before you do read on…… 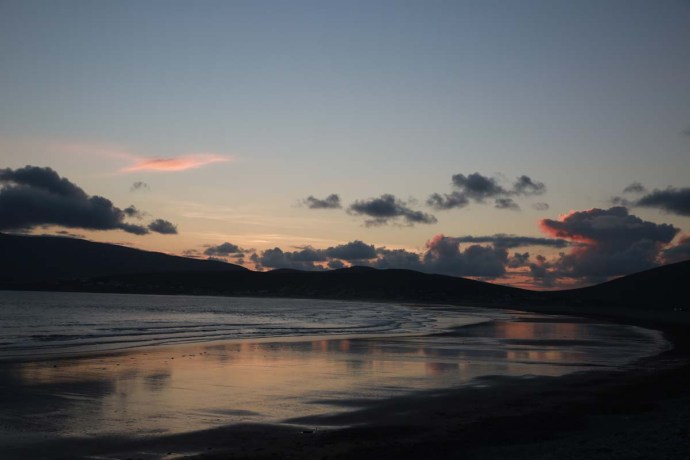 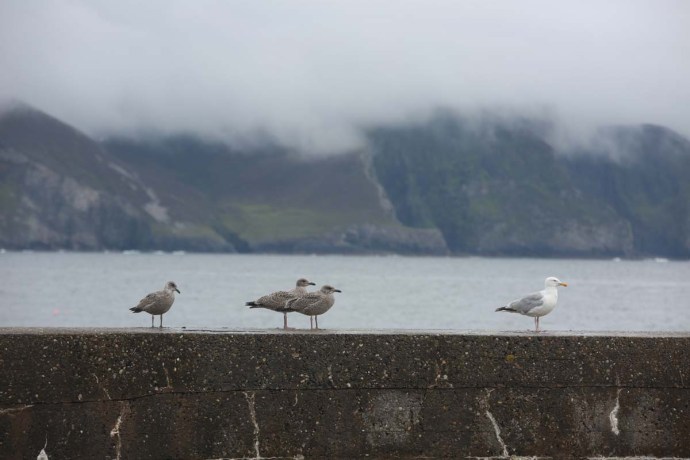 This time I got to know the people.  I met some genuine Achill characters, people that shape the place now and reflect where it has come from.  In particular there was John O’Shea, quintessentially Ireland and quintessentially Achill. A more delightful person you will struggle to meet. He lives in the appropriately named “Beach House” and he welcomes you to his house with his whole being. Never short of a quip, or a quick riposte, or a yarn he would entertain and educate for hours given the chance. I was introduced by a friend and we connected straight away. He has a passionate interest in the history of Achill and collects photos, postcards, books and ephemera relating to this. This parallels my own interest in the early history of the Goldfields of Western Australia as well as our similar collecting interests. 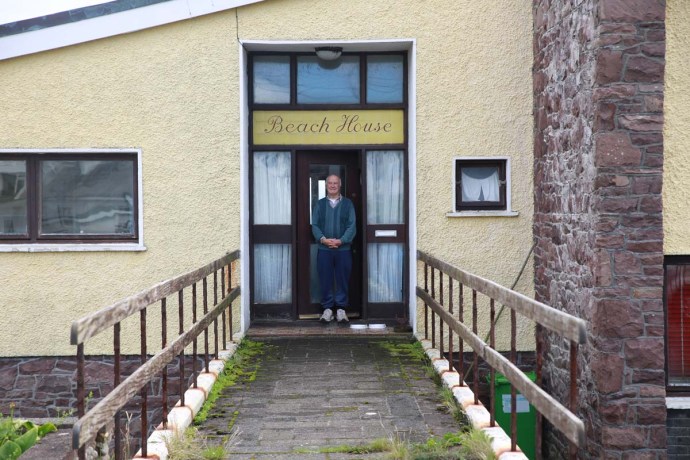 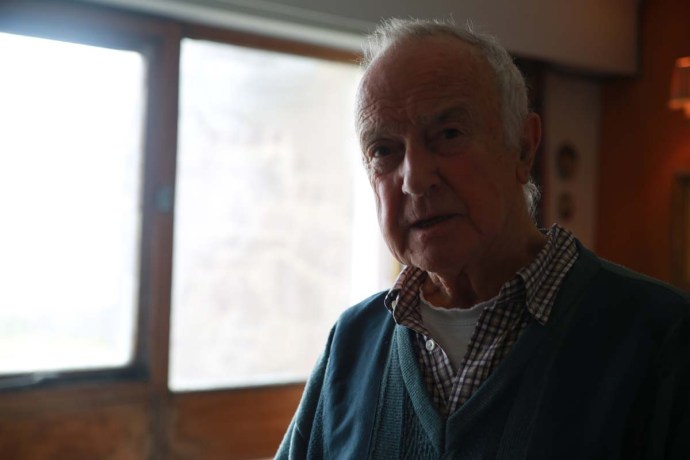 So I spent quite a bit of time in his home as he generously allowed me to view his collections and we swapped stories.  He talked of the original settlement and the sale of the Island to the Rev Nangle and the establishment of the first village. Paintings by Alexander Williams and postcards dating  from 1903 to the First World War speak eloquently of an Achill which though much has disappeared is readily identifiable today.

One story that stuck with me was of a cruel landlord. Many of his tenants were killed in a tragic accident that took 25 lives. Because these families had lost their breadwinners and could not pay the rent they were evicted. This was 1847! in the height of the famine. He showed me a wooden bowl and a spoon made of horn, from this time, used to eat soup. This puts stories like this into harsh reality. 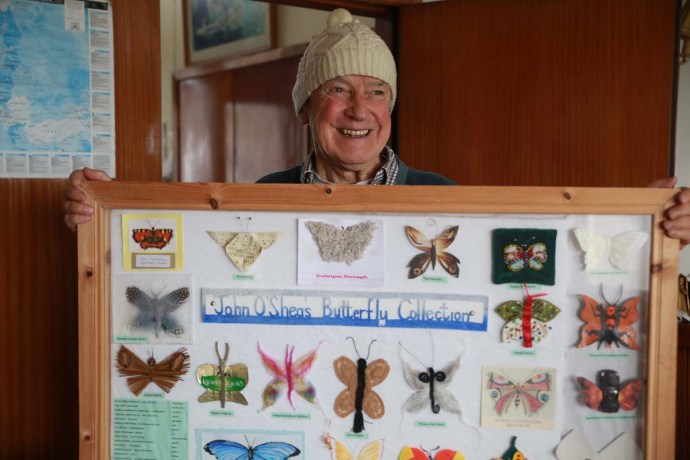 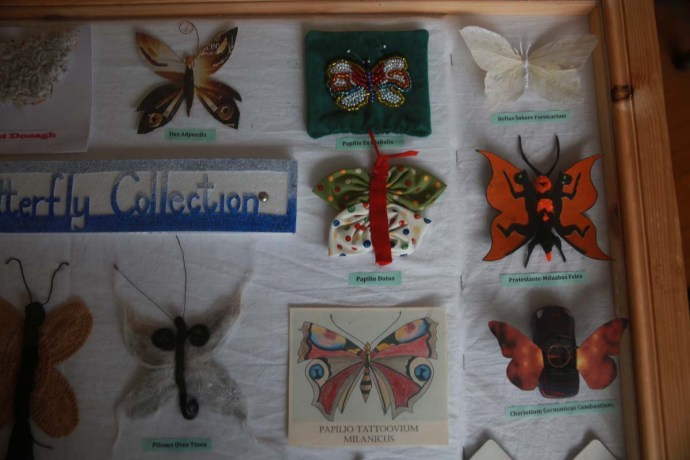 He is also a man of spirit, a spirit I suspect comes from a harsh life in a remote place. He single handedly appealed a decision of his home insurers following their refusal to pay for storm damage and has taken it all the way to the High Court where he has tasted victory against the whole legal system railed against him. What we would call an Aussie Battler.

A lasting memory for me was of how he handled a pair of Jehovah’s Witnesses at his front door. They arrived moments after me so I was standing in the foyer listening. There was a father and his daughter. Two other daughters in the car if they needed the heavy artilery. They said they were from Germany but initially didn’t say what they wanted. The man’s first question to John was whether he had a God. A man of faith, John answered he did. “Does your God have a name?” John was well aware where they were headed and he dodged around the answer, quoting passages from the Bible, which completely threw the evangelist’s well rehearsed patter. The man was searching for passages to respond with on his tablet (that’s the android version not one of stone!) but was not able to recover. At the same time he charmed the daughter with handshakes and blessings and she could do nothing but smile. He had them on the ropes now as he asked whether they were Jehovah’s Witnesses knowing full well they were. When they affirmed, “Yes”, he said, “I have read the Watchtower and I think you have a different view of God to me”.  As the man tried to fight back then came the knock-out punch. “I’m so sorry I don’t have time to talk with you, my Australian cousin is here”.  I bet they don’t meet many like that. 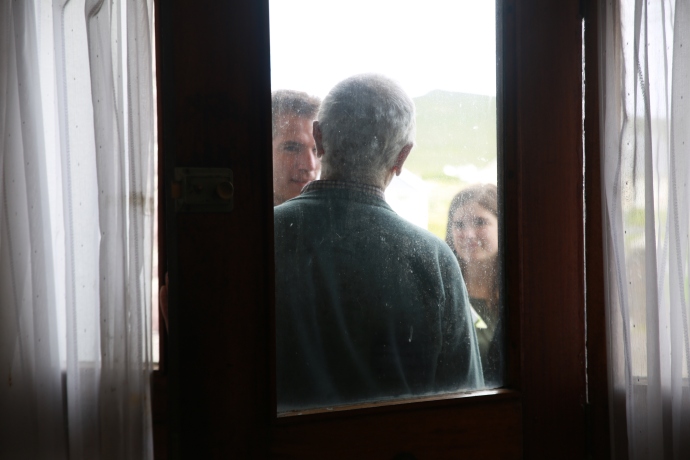 There were so many highlights of my time on Achill. Here are a few that randomly jumped into my brain

Actually there’s a whole lot more but that gives you the gist.  I have said enough.  If you have lasted this long then you deserve a medal.  Achill is a special place and a special time.