The Last Day of Summer?

Today is 31st August.  The last day of Summer. Well is it? The Irish Met says Summer is June, July and August, but the Irish Calendar says it is May, June and July. Anyway putting that aside, I decided to attempt to cure the PFB’s (post-Fleadh blues) with some natation at Spanish Point. After all three days ago the beach was crowded and it was 20 degrees and this summer I had already swum on Achill Island and at Lahinch.

It couldn’t be that bad, could it?  So rain hail or shine I decided to do it.

Well I woke up this morning and it was neither rain hail nor shine. But it was cool and windy. Just normal West Clare wind. I headed down about 11 am. Pretty different.  Today the beach was nearly empty and the lifesaving flags were having a hard time standing up. 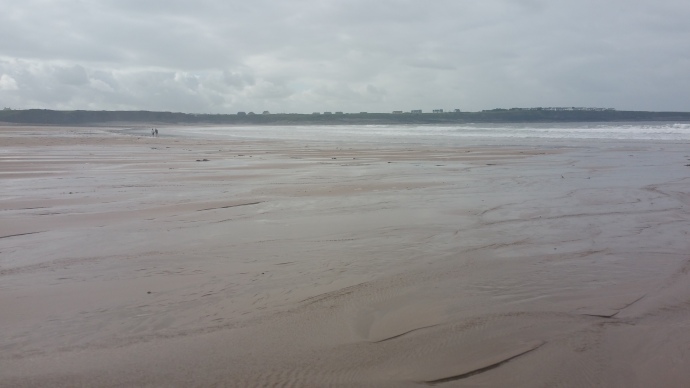 But I could feel the love.  Well, subliminal messages written in worm excrement and weed.

I tested the water but was still wearing my newly acquired Fleadh zippie, so you can guess that my heart wasn’t really in it.  After a wade, a shiver and a nice walk I headed back. Defeated.  Selfie time.

But feck it. I’ve made the effort. Why don’t I just do it. After all the water temperature is probably warmer than the air (well it actually wasn’t!).  So this was my little Everest and for the last time this year I braved the Wild Atlantic. No selfie of me actually in the water. So you’ll have to believe me. But with that one act the SADS disappeared and I was invigorated. Mind you I didn’t stay in that long. There is a limit to bravery or stupidity. 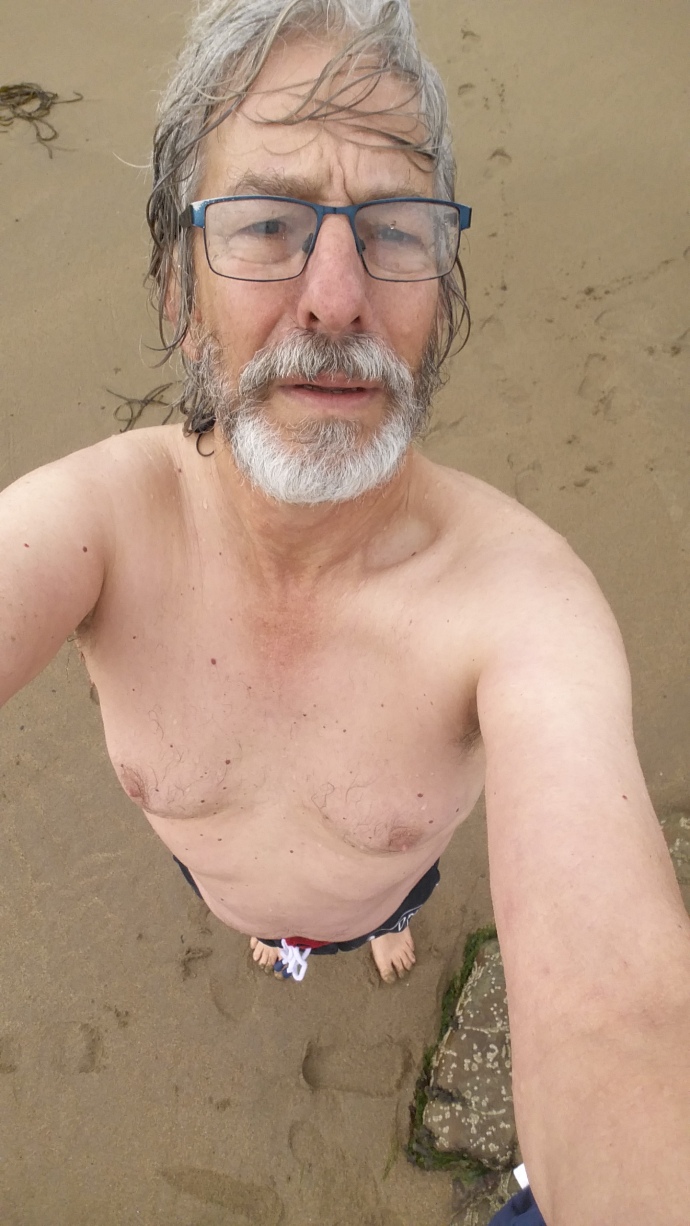 I can’t believe this is my third summer in Ireland and my first in the water. After all I grew up on the northern beaches of Sydney.  I have an Aussie friend in Galway and she swims every day of the year. I don’t think I’ll go that far but hey, you never know.

Can’t wait for next summer.

One thought on “The Last Day of Summer?”