They said I wouldn’t survive the winter.

Well it’s approaching the end of January and I am still here. But I have to say that these last few weeks I have really felt what it is that everyone has warned me about. The realisation hit as I stood on the cliffs of Sleave League in southwest Donegal trying to stand up straight enough to take a photograph, wrapped in multiple layers but still feeling that wind cut through to the bone. It was a brisk 4˚C at midday but with the wind chill it was sub-zero. It was numbingly cold but the photos I took that day look deceptively pretty, with blue skies and gorgeous colours reflecting the sun off the cliffs. The camera never lies but it doesn’t always tell the full story.

And then the other day the maximum on the mercury back home in Clare was 1˚C. It was snowing across the county, indeed all over the west, but not here at Caherush on the sea.

I stand outside my front door. The wind here is relentless and constant. This day you can hardly stand up as it whips the usually calm waters of the bay into a seething boiling maelstrom and further out past Mutton Island, massive waves roll in through a sea of foam and whipped up spray I can see the spray drive high over Mutton Island covering its castle as waves crash in from the west. Some intrepid gulls fight the elements to carry on with their continuous search for sustenance seemingly just hanging in the air almost enjoying the challenge as they feast on the abundant feed whipped up by the furious waters. And a handful of ducks continue to forage on the shoreline despite being buffeted hither and thither. And on the land, cattle turn their backs to the wind to provide some protection. There is no rain at the moment, in fact patches of blue appear through the clouds to tantalise and at least give an impression of warmth soon dispelled by the reality closer to the ground. I don’t stay out there long. Valdo, the farmer’s border collie runs up, stone in mouth, inviting me to play, seemingly oblivious to the unfriendliness of the elements. No walk along the shore today Valdo, that’s just a distant memory. Back inside though the house is cosy, the fire goes all day and if I’m not warm enough I sometimes turn the central heating on also. I play music. I write. I read. I watch the odd movie. And when I get bored I play some more music. My day really begins at 9pm when I head out to look for tunes, an increasingly difficult challenge.

So I am still here. My adopted countrymen can’t understand this. They see the endless blue skies of a Summer Bay Utopia and a bikini-barbecue lifestyle to match and wonder why I would want to come here. They all have relatives in Perth who will never come home. And they all want to join them there in the warmth. So why don’t I feel the same way. Don’t get me wrong I love Australia (well when it is not being stuffed up by uncaring governments!) but I have had decades of it and the Australian summer holds no attraction for me anymore. Yes, day after day of blue skies, but it comes with often unbearable heat (depending where you are, and I spent a lot of my time there in 40 plus temperatures in the desert), the threat of fires, not sleeping at night, hot westerly winds. It all makes you actually crave some ‘weather’. That craving for weather is certainly satisfied here. In recent days I have seen it at its rawest – driven through a snow storm, been pelted by hailstorms, 130kph winds and 30m waves. But seriously this wild winter is a small price to pay to live in this glorious country and be surrounded by music every day. I feel blessed.

So if I go home it definitely won’t be because of the weather.

Here are some photos that say winter and Ireland to me……. 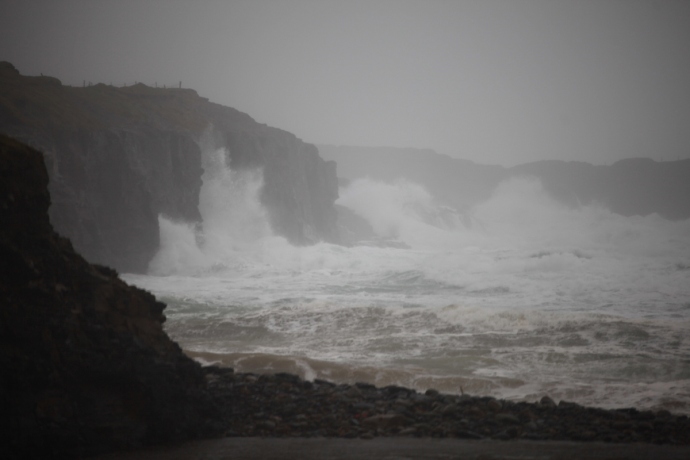 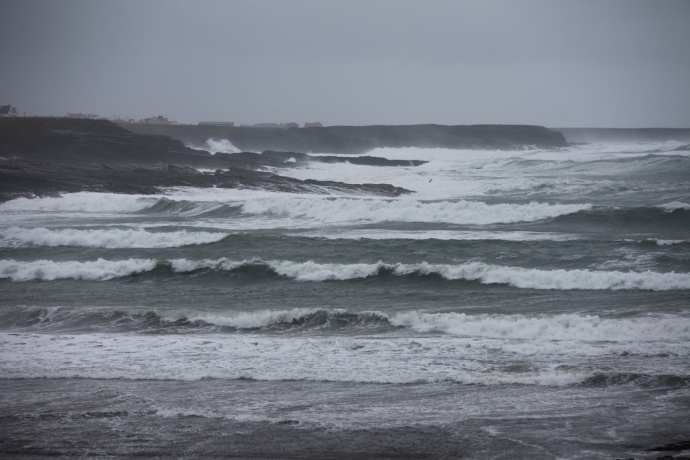 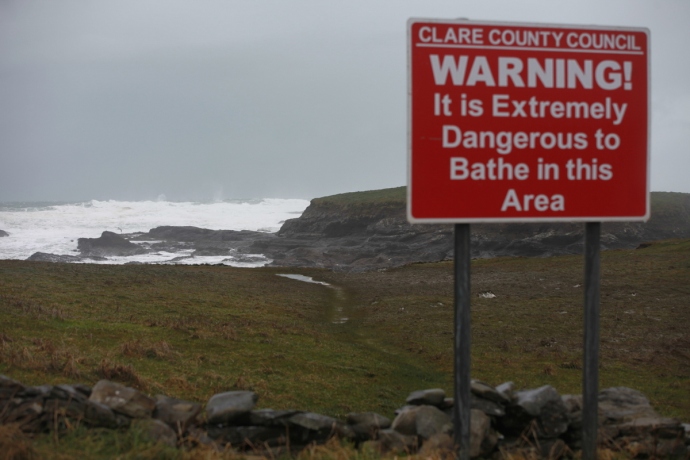 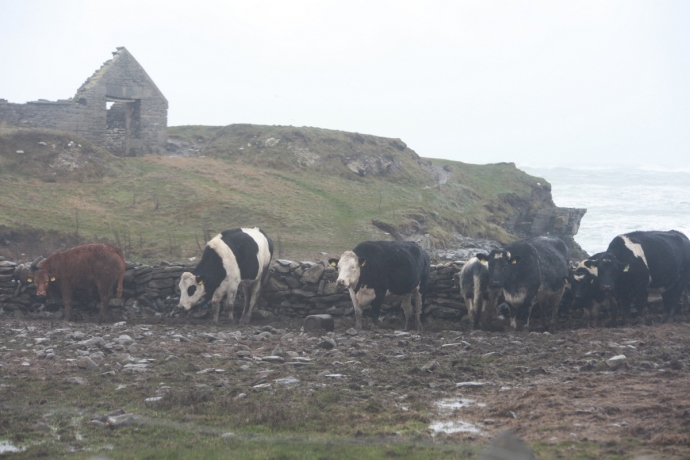 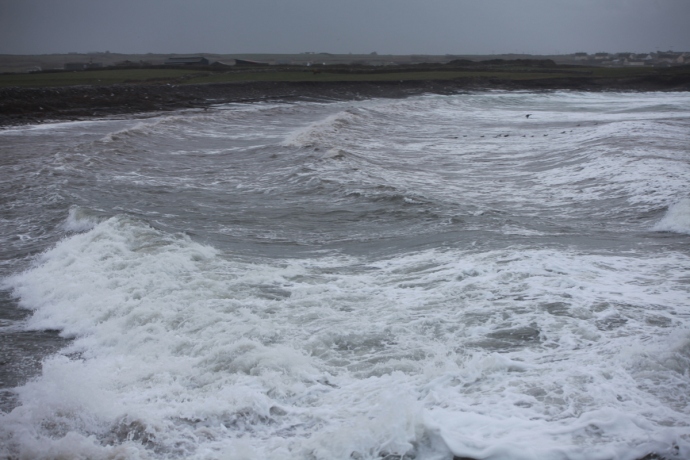 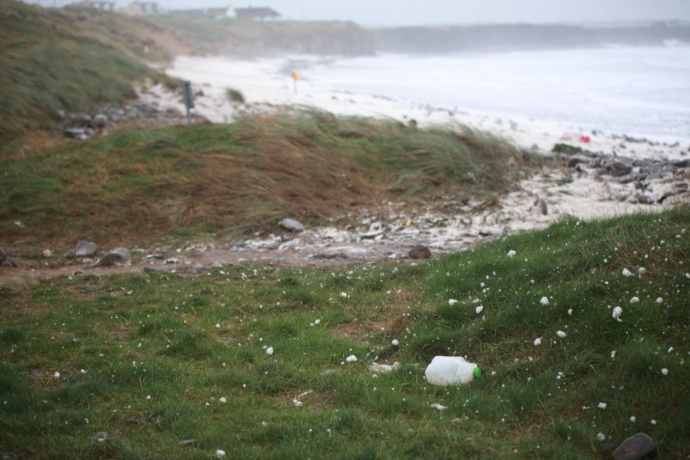 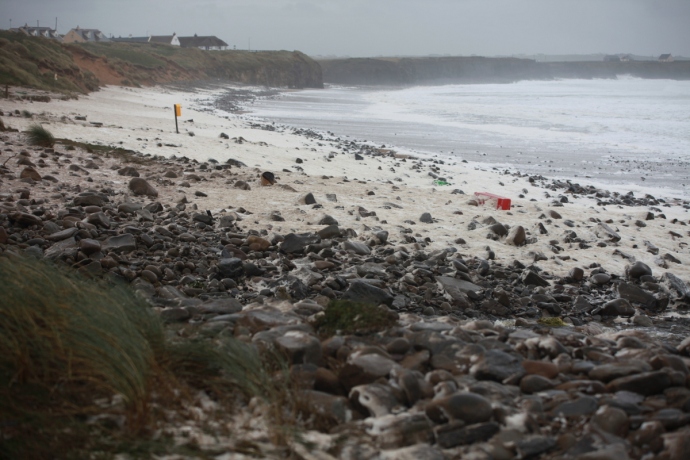 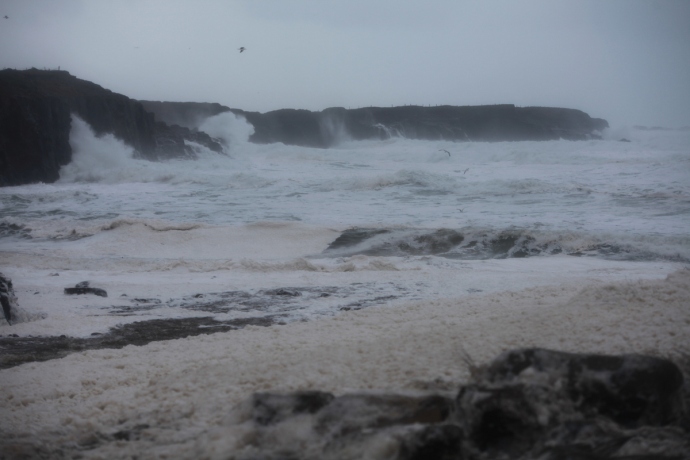 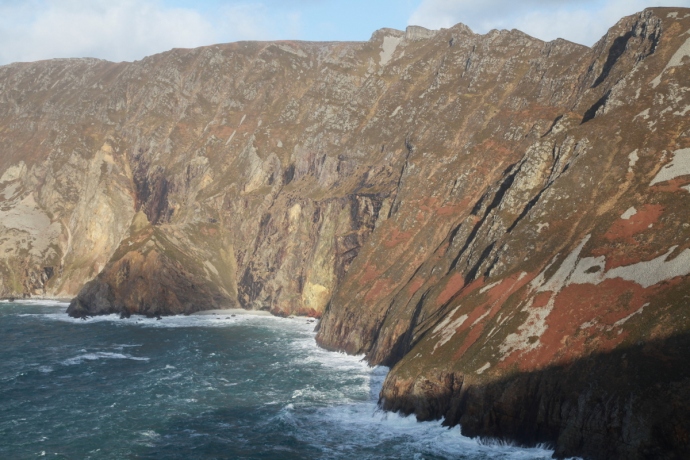 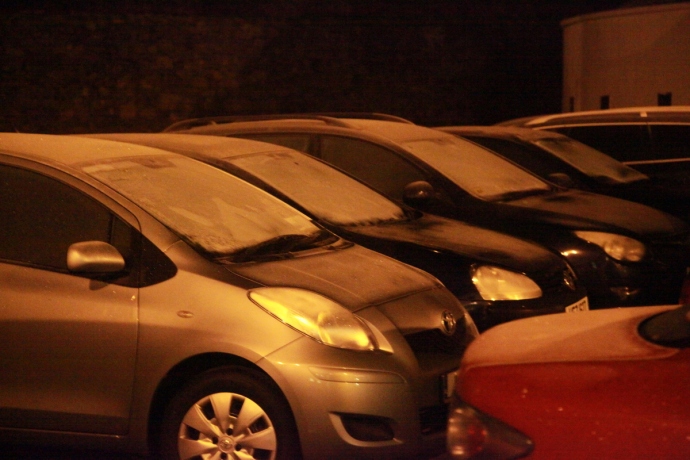 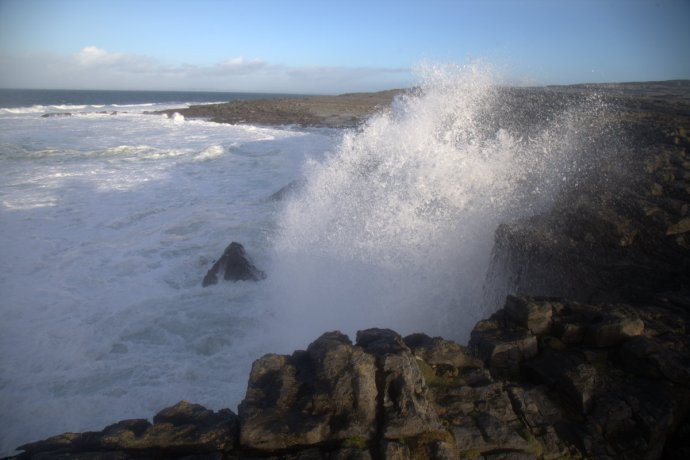 Caherush Bay during a gale. 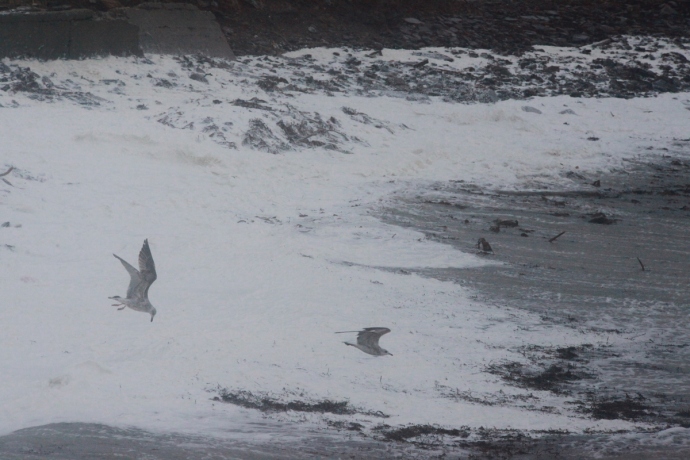 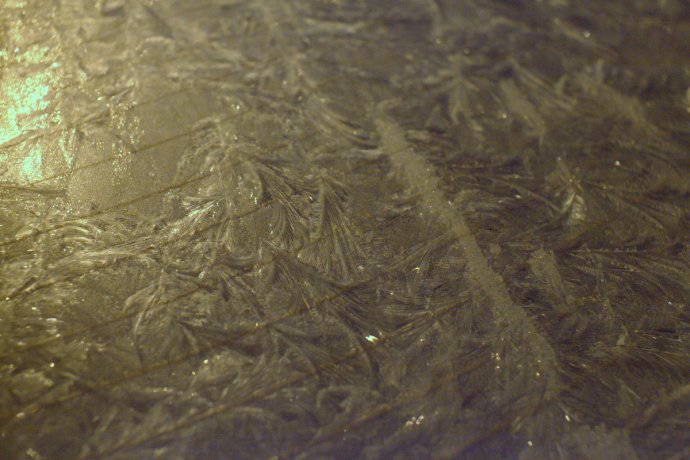 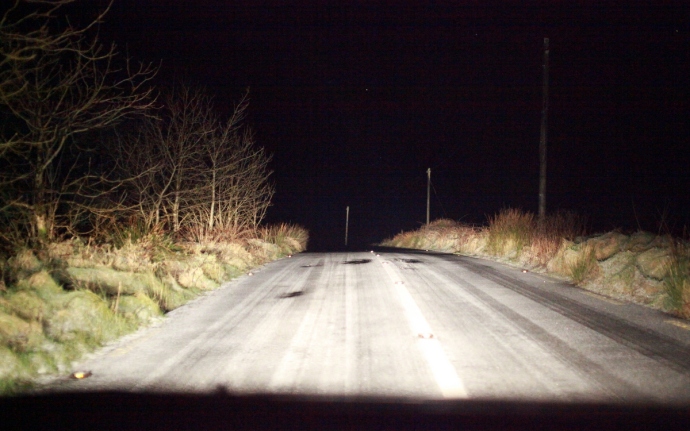 2 thoughts on “Winter in Ireland !”