A taste of Connemara

In early July I was at a traditional music festival at Spiddal in Co Galway.  I’ve been to this Festival every year and each time I was able to get into the hills and explore bits of Connemara.  Well this time the music kept me pretty busy and the weather was very changeable so no road trips.  But in a way I tasted a lot more of what makes Connemara unique.

The organisers of the festival found me some accommodation in a traditional Connemara cottage on the outskirts of Spiddal, which, due to the owners being away, I had to myself.   It was a time capsule. Made from large blocks of granite, covered in a thick coating of white and with a thatched roof.  It was like a picture postcard.  There was a second thatched cottage linked to the first with a glass walled room creating a rambling, many levelled, mix of old and new. 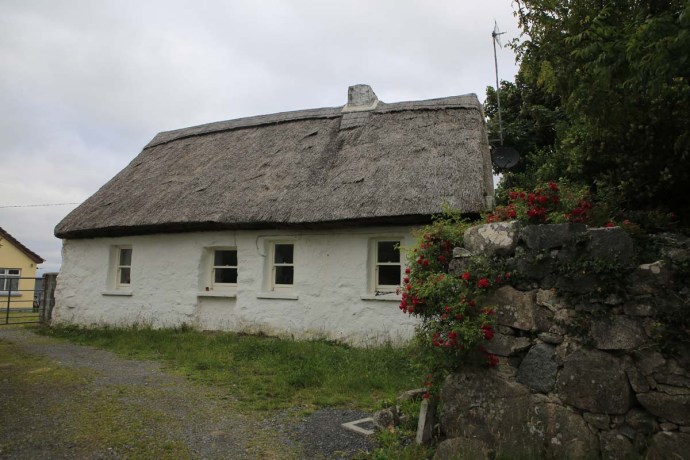 The cottage near Spiddal where I stayed

In original condition the main cottage had the characteristic low doors, constantly collided with the top of my head. Something I struggled to adjust to.  There was no internet, but somehow this seemed appropriate.  I was told that the traditional design of the cottage was to have the front door aligned with the back so the wind would ventilate the house and blow away the chaff making life easier for the residents and the cohabiting animals.  Both doors were there with the front door though now converted to a window and the back door having wooden half doors and being the current main entrance to the cottage.  It was easy to imagine a house full of people and livestock seeking shelter from the bleak winter.  Life would have been tough. 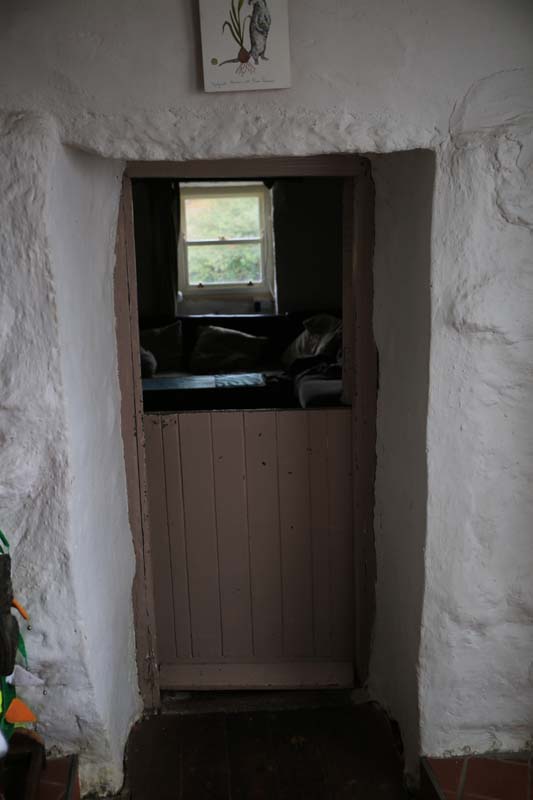 Original back door, looking through to front.

The cottage is part of an unplanned scatter of houses, old and new, lining a winding lane twisting through the granite outcrops towards the bare plains above. Very different landscape to what I am familiar with in Clare.  On these slopes there is thick vegetation attempting to reclaim the land. Giant granite boulders probably dropped by glaciers.  Hedges, some well trimmed others not.  Lovely gardens and as usual carefully maintained cottages next to carefully preserved but ignored ruins. My every move was watched by the happiest cows in the world.

Then I find myself on a narrow boreen,  running through an open treeless bog land covered in bog cotton, piles of carefully stacked turf, granite boulders, the inevitable encroaching windmills and a misty view back over Galway Bay.  The lane draws me on and I pass a man and his dog, a figure that could have walked out of the 1800s.  The rain returns however and I cut my trip short. 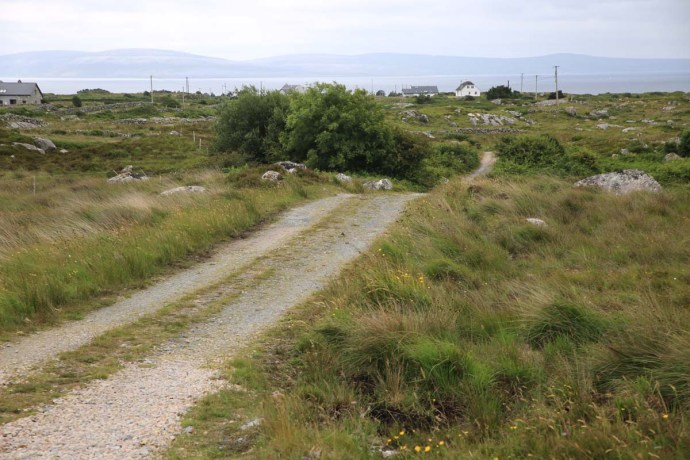 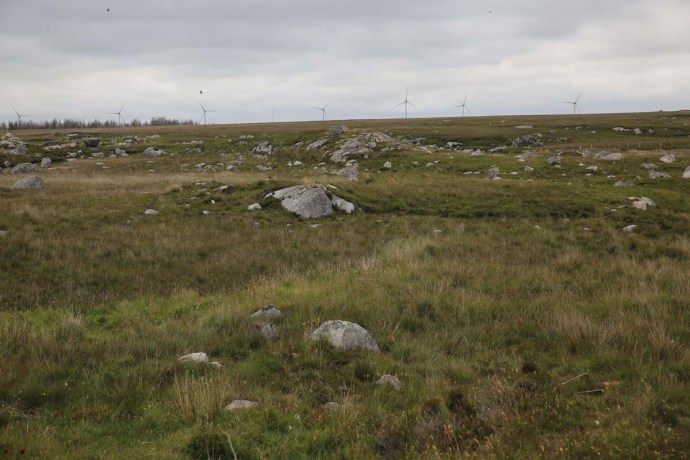 Just a taste this time but I will return soon for the full degustation meal.