Them’s the Rules. No Instruments Allowed.

Posted on September 5, 2017 by singersong

Tell me I am not paranoid but musicians really are at the bottom of the heap. We all know about the difficulties often experienced trying to take a fiddle on a flight. But here’s one roadblock I’d never come across before. Actually not one but two.

It’s my last day of a holiday in New York. My plane doesn’t leave until 6.30 pm so I have a few hours to kill. Why not take in the iconic Museum of Modern Art or MOMA?

Checkout is 11am but the hotel will kindly hold my bags.  As I am depositing them the Bell Hop hesitates over one.

“What’s in there?” he says, pointing to the violin-shaped object in front of us.

“A violin” I helpfully offered.

“Oh you can’t store that without paying a fee.”

“Because it’s an instrument”.

He could offer me no valid reason other than that so I eventually located a supervisor who confirmed that they didn’t accept instruments. His answer to my question “Why not?” was that “Instruments are not luggage. They are not shaped like a suitcase!” However apparently with the payment of a fee suddenly they take on the shape of a suitcase? Anyway I wasn’t going to pay a fee and it was not heavy so I would take it with me. Big mistake!

MOMA was a bit over a kilometre from the hotel so I walked in the soft rain just a few city blocks. There was quite a queue stretching down the pavement and when I eventually got inside more queueing for the cloak room and then more queuing to get tickets. Apparently every other visitor to New York had the same idea about what to do on a wet Labour Day Sunday.

So I get to the cloak room, deposit my coat and camera bag but, pointing to the violin-shaped case the cloak room attendee says, yeah you guessed it. “What’s that?”

By now I was ready with the answer; “A violin”.

“Oh you’re not allowed to bring them into the gallery”.

“OK” I said “that’s why I wanted to put it into the cloak room”.

“Oh well we don’t accept them in the cloak room. They are not allowed in the gallery. Period.”

I looked over her shoulder at the hundreds of odd shaped bags, umbrellas, strollers and garments wondering silently why a small violin couldn’t be lodged there somewhere. Well actually not silently, but my protestations fell on deaf ears.

She was adamant. “Them’s the rules”.

I could see we were going round in circles here so I said I would find a manager. One helpful gent in the queue suggested I was wasting my time because “they were the rules.” I thanked him for his assistance but went to find the manager anyway.

This took some time but when he was located he confirmed that that was a ‘rule.’ “No instruments”. He added that they didn’t want to take responsibility for any damage. As I had observed that there were no baggage handlers from United Airlines in sight I was prepared to wear this risk.

He paused and my pleas maybe wore him down. He relented.  Bless you Franklin from MOMA.  He told me to follow him. We went to a white door marked Staff Only and he swiped his card. “Leave it here” he said “it will be safe.”.  Music to my ears.  So I rested it in the corner of this store room beside a folded up stroller and some brooms. Relieved, I queued again for my ticket.

Ironically as I waked around this extraordinary collection of art I kept being reminded of the great interest visual artists have shown over the years in musical instruments, often placing them at the core of their work.  This puts into sharp focus the reticence of the administrators of the gallery that displays their work at having an instrument anywhere near the building.  Here are a few examples from Picasso, Matisse and more modern works from Adkins. 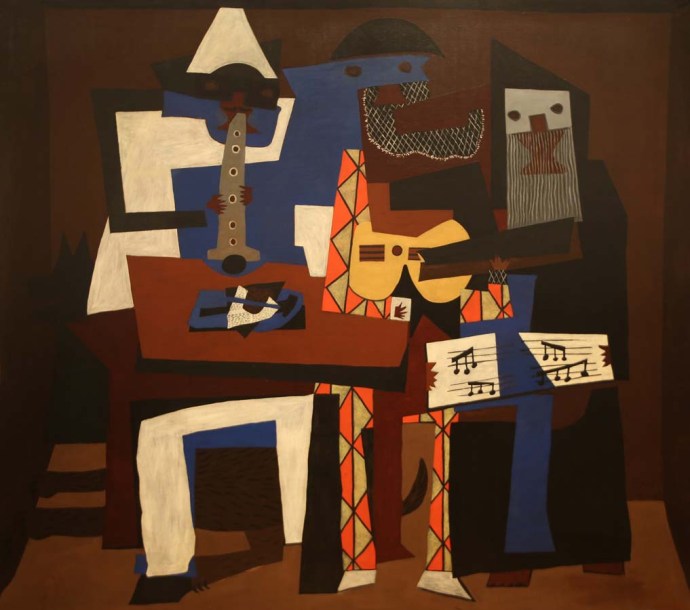 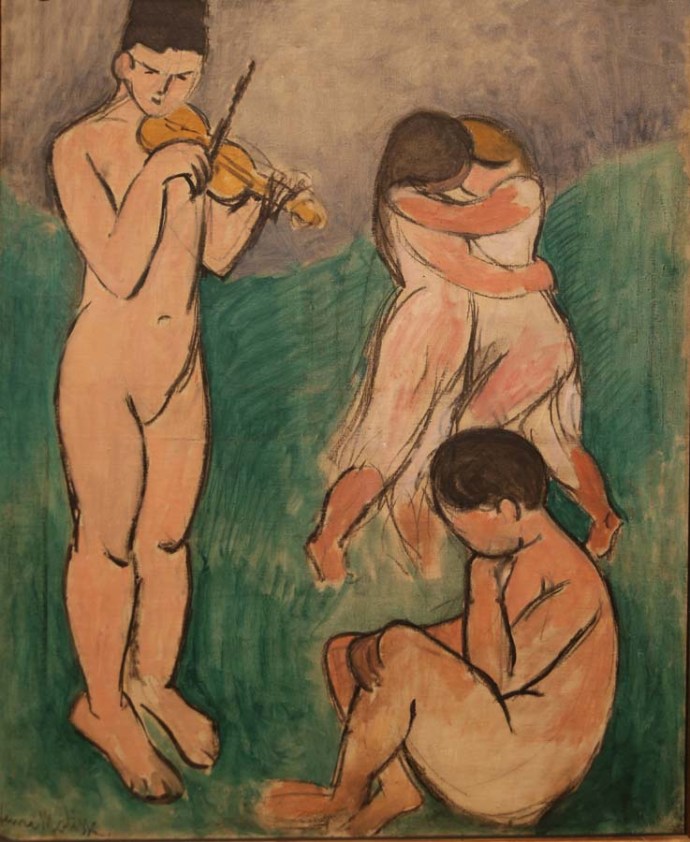 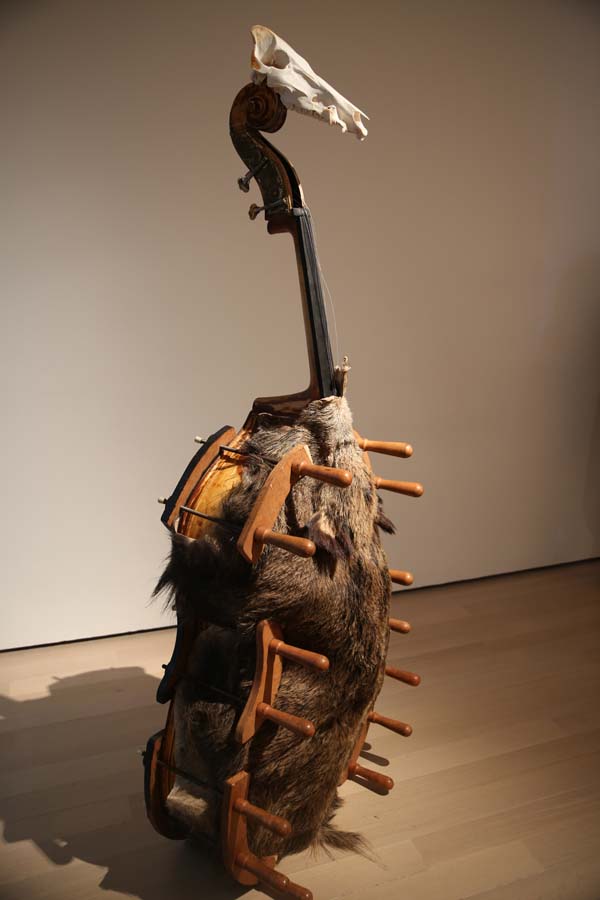 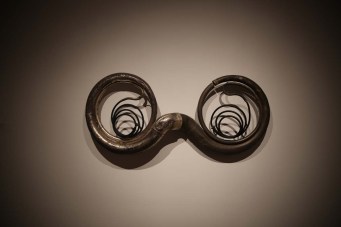 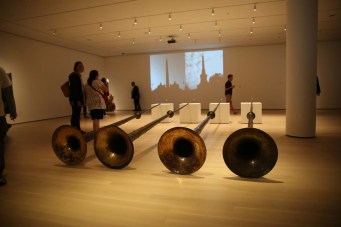 So there you go. It would seem that in the US ‘rules is rules.’ And no one seems prepared to buck them no matter how absurd. There was no empathy with my predicament. Except thank God for Franklin.

It sometimes pays though to have a bit of a tilt at windmills.