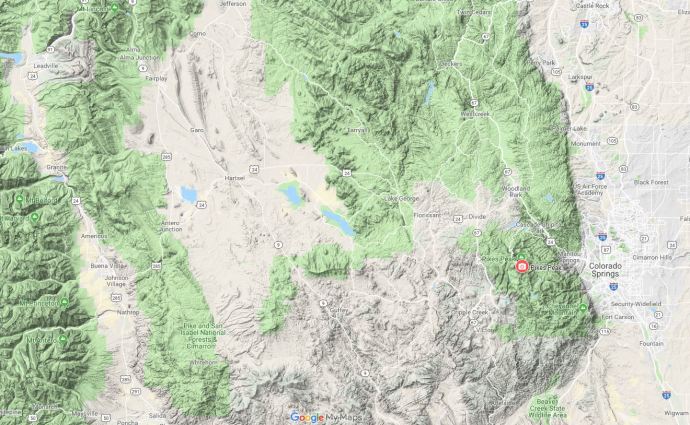 There are 54 peaks in the Colorado Rockies that are over 14,000 ft (4,267m). Keep in mind that the highest mountain in Australia is 7,228 ft!) There are however only two that you can drive up. Pikes Peak is one of these.  At 14,115 ft it is still only the 53rd highest mountain in North America. Nevertheless it dominates the landscape of this part of the Front Range. If you have read my last post on the Garden of the Gods you would have seen it in the distance in many of the photos.

It is also known somewhat cheesily as ‘America’s Mountain’, In 1893, Katherine Lee Bates wrote the song “America the Beautiful” after having admired the view from the top of Pikes Peak.

A 19 mile long toll road takes you off the US24 allowing you to drive to the top. Well not quite to the top this time. They were doing extensive rebuilding of the facilities so the last three miles were in a shuttle bus.  I loved the way you were given the choice to join the bus earlier if you were uncomfortable with the drive. And if you are not used to mountain roads, well it is scary. You shouldn’t underestimate the drive.  It requires a lot of concentration.  It is two lane but there are a lot of switchbacks, steep grades and with no barriers preventing drops of thousands of feet to the valley floor. And for some reason they seem to drive on the wrong side of the road.

Hairpin bends on the way up the mountain.

The driver of your shuttle will probably point out the spot at Devil’s Playground, where Jeremy Foley went over the edge during the 2012 Pikes Peak Hill Climb (incredibly he and his navigator survived).

The Devil’s Playground.  Near the top of the mountain.  The bollards are where rally driver Jeremy Foley left the road in 2012.  He survived unharmed.

The $15 toll will take you on an awesomely beautiful journey through different worlds with ever-changing landscapes. Firstly pine and fir forests and the calm waters of the fishing paradise, Crystal Lake.

A view of the Peak through the forest 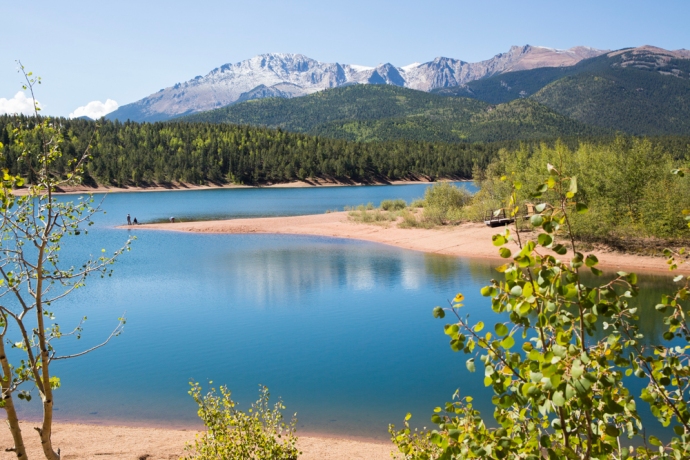 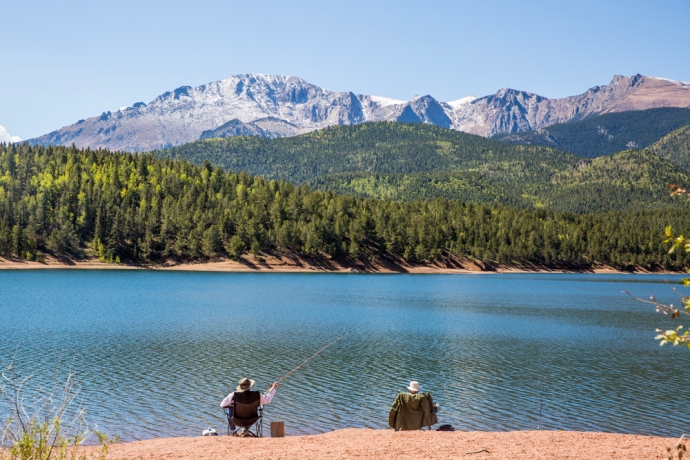 Then through aspen groves just starting to turn and spruce forests and over the tree line to the wildness of the alpine zone and tundra with piles of bare burnt red-brown granite boulders. 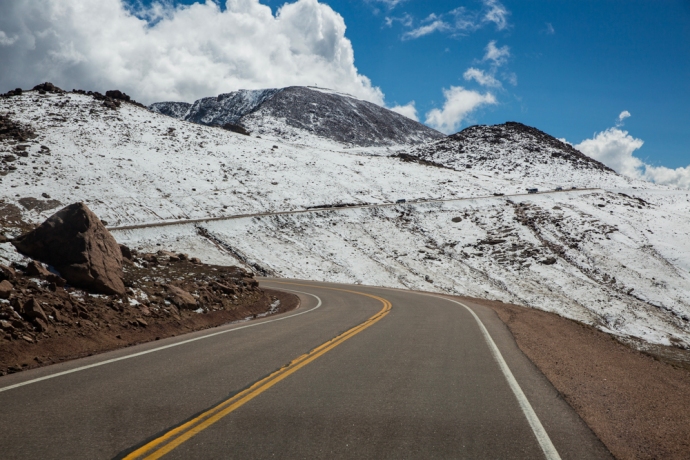 Above the tree line.  Alpine tundra and granite 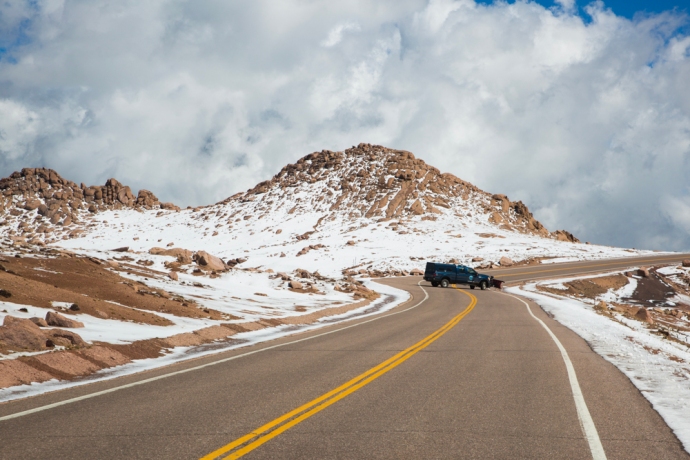 And the photo gods were hard at work as we had a snowfall the night before and plenty of blue sky and as we climbed the mountain some low cloud to add texture and interest to the images. I was in heaven. 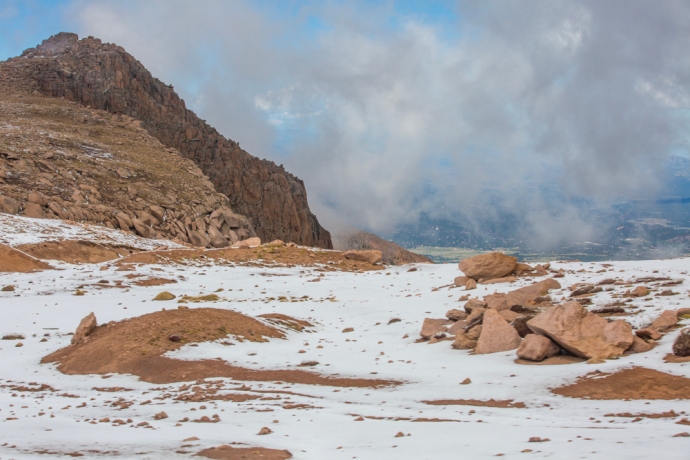 It was a tad cold at the top and I have to say not being used to altitude sickness, I felt all the classic symptoms, fatigue, breathlessness and headache. (same symptoms as after an all night trad session! just kidding).   None of this detracted from the thrill of being at the top of the world. At least this little part of it.

The view from the Summit

That malady disappeared pretty quickly once the oxygen levels returned to normal on the descent. And anyway there were enough distractions as the descent gives another perspective as you slowly edge down the mountain in first or second gear.  In the distance was the Cripple Creek and Victor mines one of the largest gold mines in America. 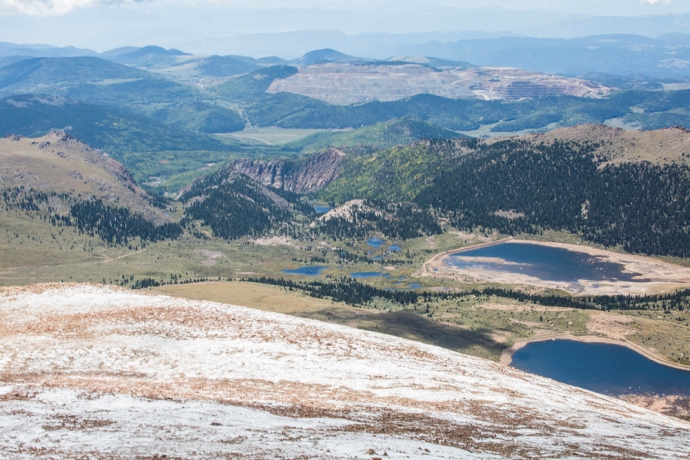 I was relieved and very satisfied to reach the bottom after a remarkable drive.  Well worth the $15 toll.  America the Beautiful.