Well! where do I start to talk about the festival I have just attended. The Scoil Gheimbhridh Ghaoth Dobhair or the Winter School at Gweedore in Co Donegal. It used to be the Frankie Kennedy Festival but has been reborn this year.  The school ran from 27th December to 1st January, climaxing in a Hogmanay to bring in the New Year for 2015.  So I’ll start there, at the end, and post on the other aspects of the Festival later.

What a night! Held a bit out of the way in the GAA rooms at Bunbeg,  it kicked off at 9:30 with a group of young local Donegal musicians led by multi-instrumentalist Cathal Curran. They were surprisingly good and well received by the audience. But if the entrée was smoked salmon then the main course was a thick succulent juicy steak and that is what the crowd had come to feast on . And they got it in spades. Fiddlers Bid are a group from the Shetlands fronted by four fiddlers, Chris Stout, Kevin Henderson, Andrew Gifford and Maurice Henderson with the celebrated Catriona McKay on harp and piano and a pumping rhythm section comprising Seán Óg Graham on guitar and Neil Harland on bass,

From the first chord they had the crowd dancing.

I am still new to Ireland and it was indeed impressive to see the class music coming from the stage matched by the class exhibited on the dance floor with all sorts of cavorting and gambolling, some highly inventive dances and some great steps being displayed equally well in runners  or high heels. The floor would clear every now and then, just as in Saturday Night Fever,  for some skilled sean nos – at one point a line of six dancers. River dance as it should be.

This crowd wanted to have fun and they did. There was a conga line, and unbridled enthusiasm as 2014 disappeared. The set they played to bring in the New Year started ten minutes before midnight and was impeccably timed for the countdown, launching effortlessly into Auld Lang Syne and then back to their trademark energetic reels. The set went for forty minutes without a break and at the end of it sweat and bow hairs were flying about the stage.

There was a break for some food while the band regained their composure and they fired up again with the crowd not letting the music stop until well after the scheduled close. At various times the band were joined by Brendan Begley, Cathal McConnell,  Mairéad Ní Mhaonaigh and Conor Byrne. Great craic.

There is not much more to say. Everyone clearly had a great time. A difficult event to photograph in low light with so much movement and of course I don’t use a flash. But I think I have captured the spirit of the evening. The joy of the crowd.  Well done Conor, an inspired choice for band and I know where I’ll be when 2016 comes around.

Follow me to keep up to date with future posts which will cover the concerts, workshops and sessions of this great festival.  I will also post on my travels through the beautiful south west of this wild and glorious County. 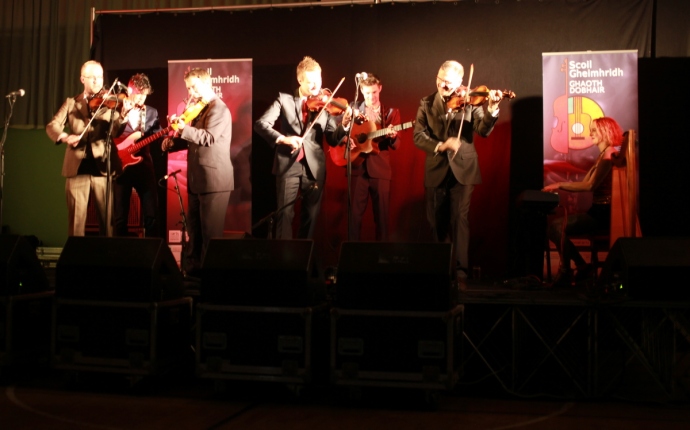 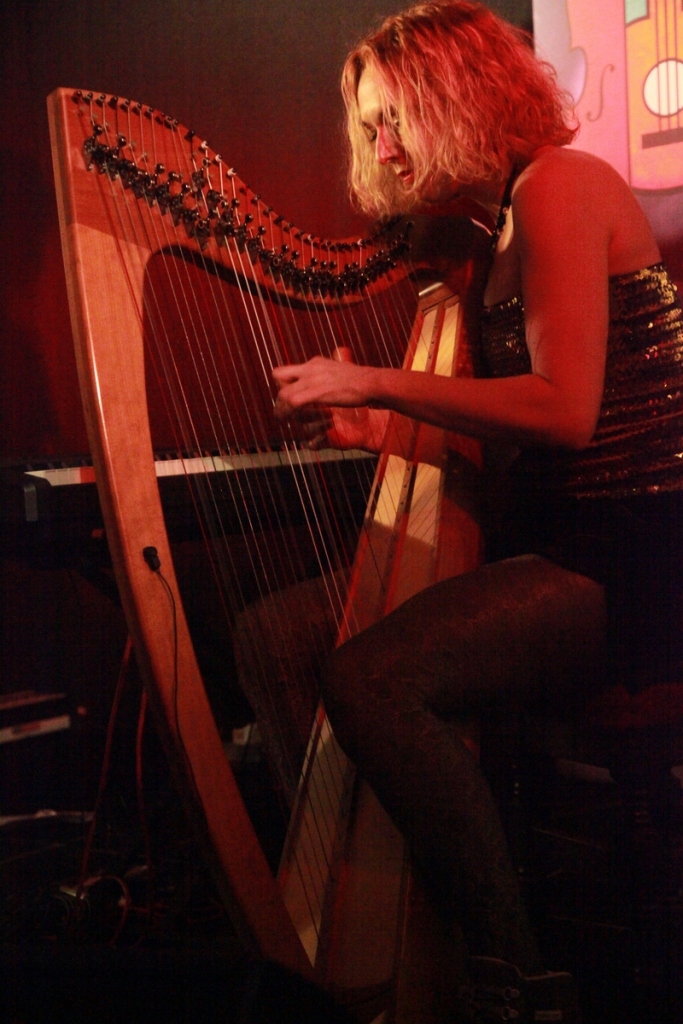 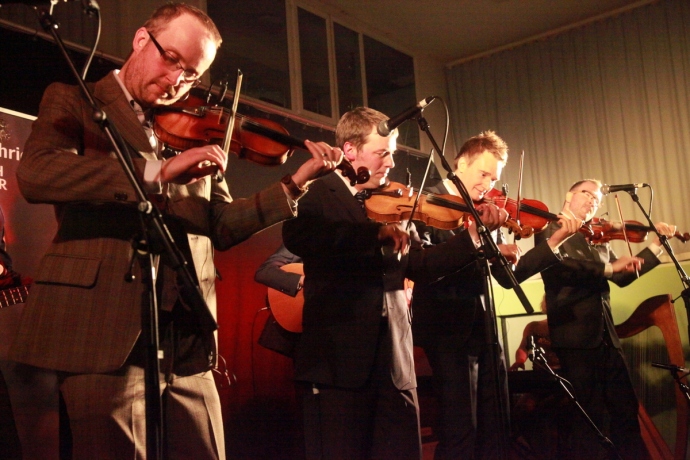 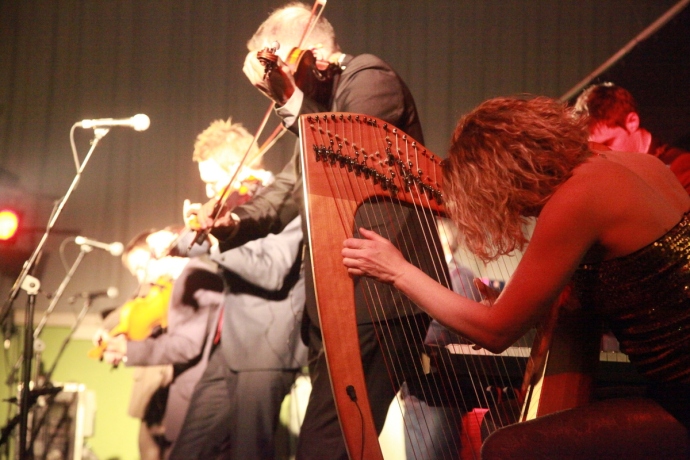 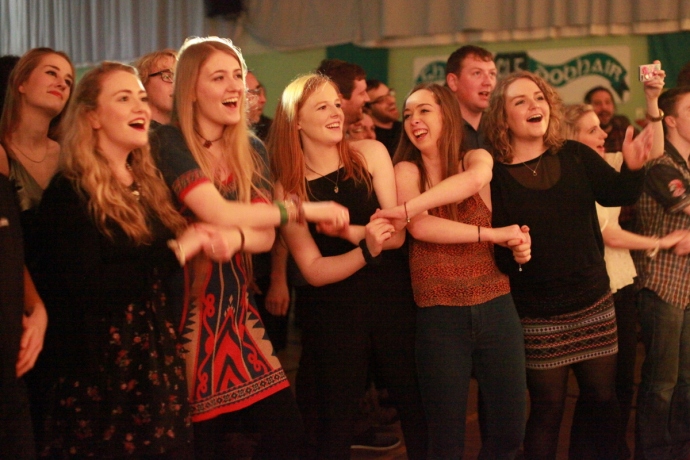 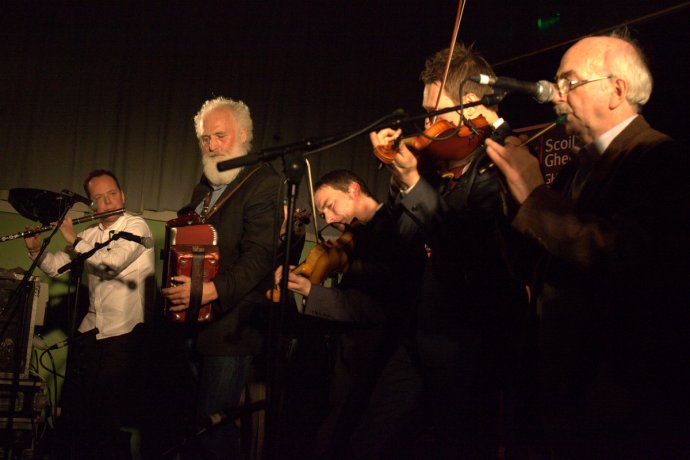 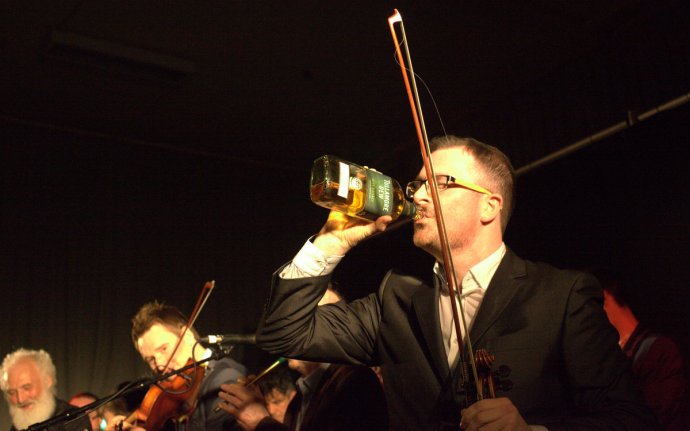 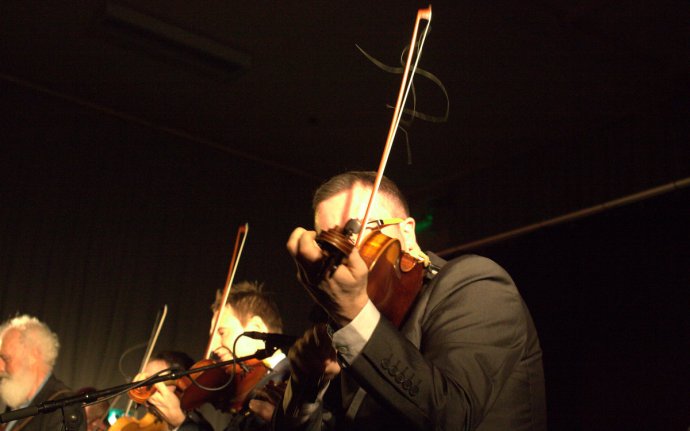 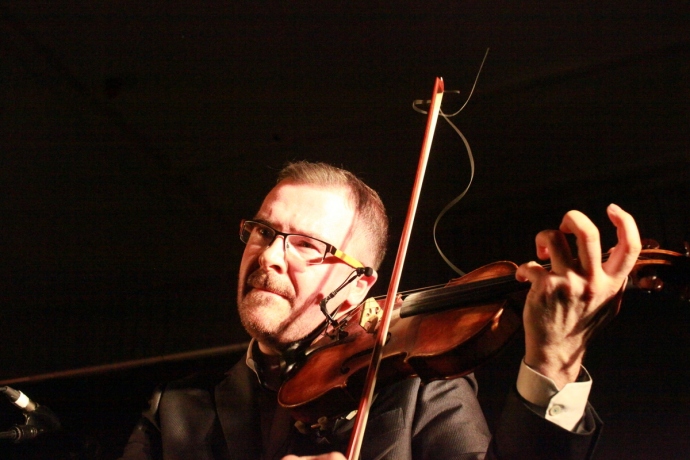 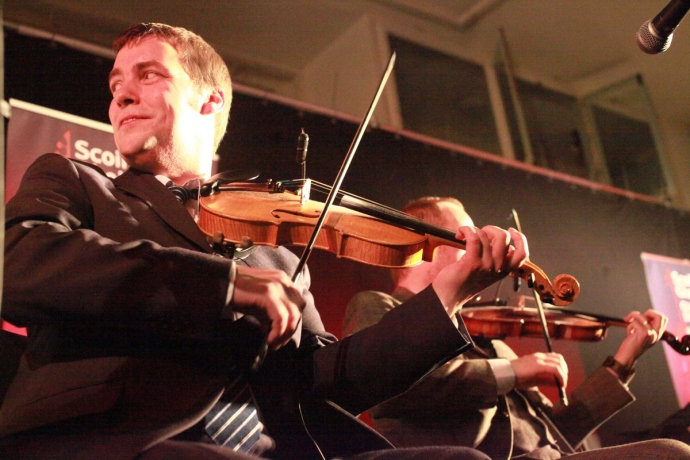 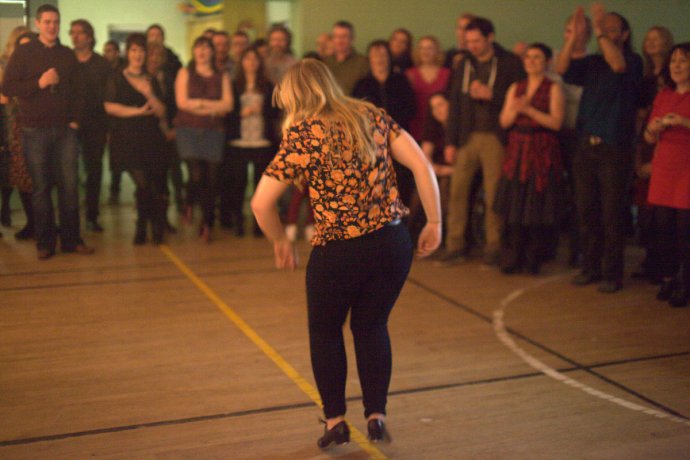 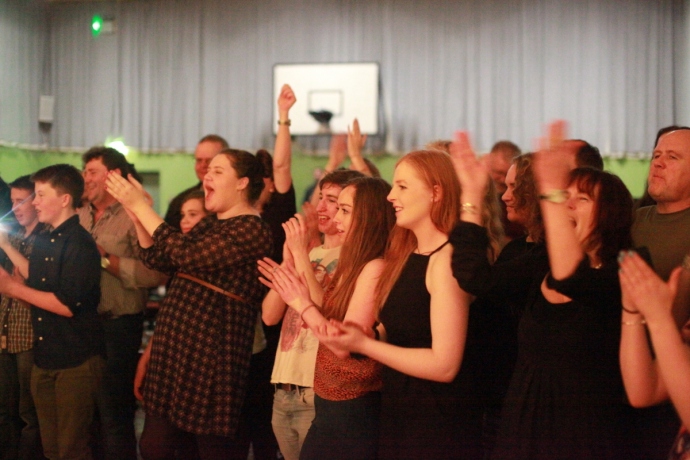 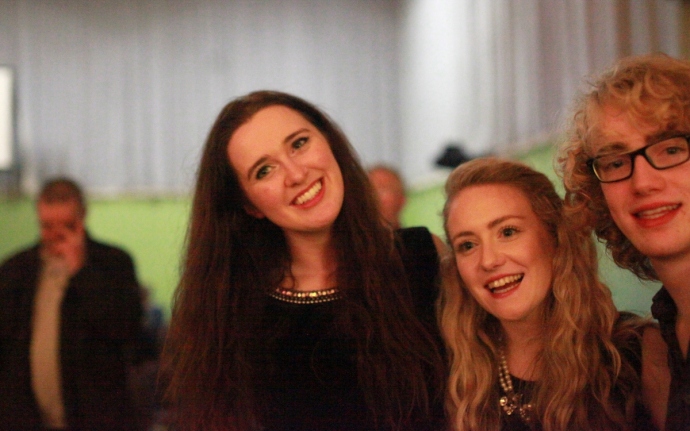 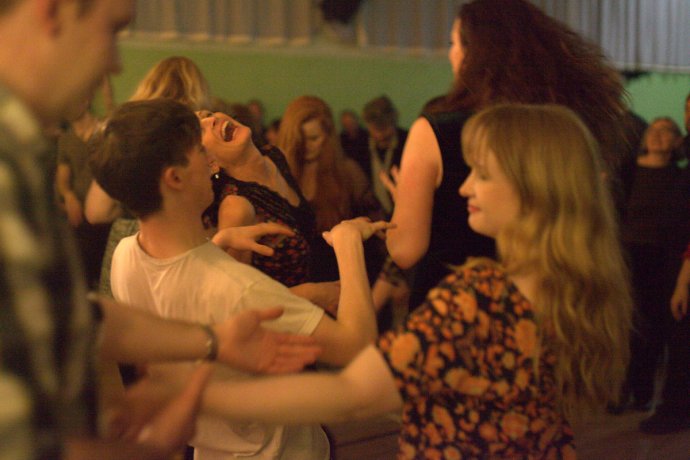 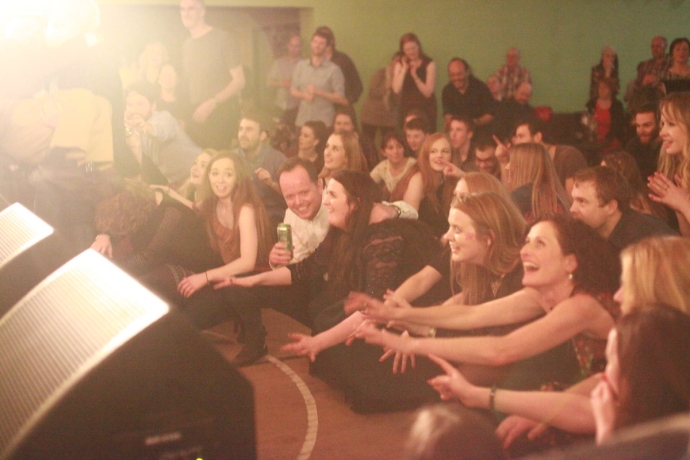 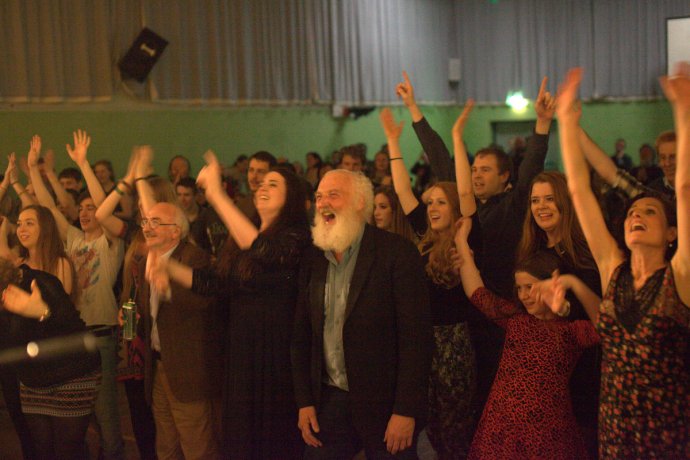