There are many legends and stories in Ireland; the origins of which are often lost in time and who knows whether there is any truth in them or whether there has been serious embellishment over the years.  So, it’s great when one such legend is proved with physical evidence. 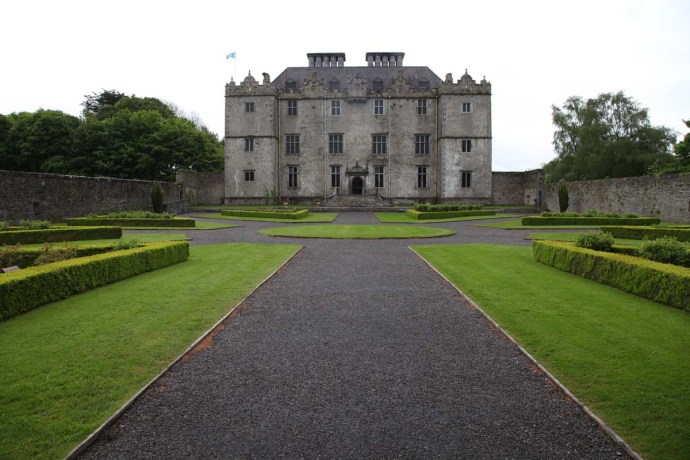 If you visit Portumna Castle in County Galway you will of course be blown away by the splendour of the building, which in its time was the grandest castle in Ireland, outshining all others. Built around 1610, it is notable as the first building in the Renaissance style in Ireland and cost a massive £10,000. It was abandoned in 1826 after a fire and has been largely rebuilt. I don’t want to talk about the Castle and everything there is to see, the guidebooks and guided tours will show you all of these things, but the highlight for me was the display of the remains of Fury.

Fury was by some accounts an Irish Wolfhound, by others something else. The story was widely told that in April 1797, Fury was asleep on the grass underneath one of the windows of the castle when a young lady of the house, while watching the dog below, fell from the window. She landed on the dog breaking its back which resulted in poor Fury’s death. This though  saved her life by breaking her fall and in gratitude the family placed a plaque on Fury’s grave. Part of the inscription read

Alas! poor Fury.
She was a Dog, Take her for All in All
Eye shall not look upon her like again.

Excavation in 1997 indeed discovered bones of a dog and the skeleton was reconstructed. Analysis of the remains suggested the dog was a Whippet though this could not be conclusive.  A number of vertebrae were missing in the middle of its back and this supported the legend that  the likely cause of death was of a broken back. The presence of nails in each corner of the gravesite indicated that she was buried in a coffin. 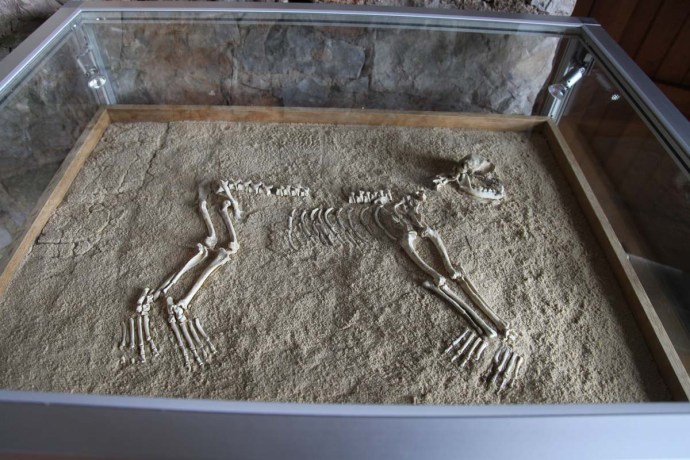 Sad it is of course, but also quite wonderful that 200 years after the tragic event archaeology confirmed the legend and that Fury’s deed is remembered.

Fury is on permanent display at the Castle. It’s worth a visit.