A Visit to Ralahine, Co Clare. A Failed Experiment.

Ireland was a troubled country in the early part of the 19th century. Under the firm rule of the Crown, most Irish land at this time was owned by absentee landlords either in Britain or Dublin. The farms became a hotbed of discontent with tenants living in misery. This prompted organised groups such as the Ribbonmen, who launched deadly attacks on landlords and their tithes. Rural Ireland was not a happy place.

One man decided to try to change this. He believed he could bring peace to the land with a cooperative farm where he would rent the land to the labourers and they would work it under their own authority. This man was wealthy landowner John Vandeleur and a man of considerable influence in Clare.  He had been High Sherriff in 1823.  He found an estate of 638 acres at Ralahine near Newmarket-on-Fergus in County Clare and with socialist backer Englishman Edward Craig running it, started the colony with 40 farmers and their families. They had a school, a laundry and a pooled kitchen. All the capital (buildings, stock etc) was provided by Vandeleur and was communal property. There was no private ownership.  All 4 legged animals, even dogs, were the property of the group.  He charged rent in the form of farm produce.

Ralahine Estate as shown in the 1842 Survey map.  The location of buildings still standing is marked,

There were strict rules governing the running of the farm. It was no socialist Utopia. New members could only be admitted by ballot. Work was 12 hours per day. There was no gambling and no drinking.  There was however enshrined freedom of expression and religion.  If there was a proposed marriage to someone outside the colony, and the members did not approve, then both were excluded. There was no money. Labour was paid for in Labour Notes which could be exchanged for provisions.

It all seemed to work and the colony expanded after one year to 81. People came from all over the world to see the contented colonists. Then it all came crashing down.

Mr Vandeleur’s wealth was gone. He had lost his fortune, ironically through gambling and drinking. He fled from Ralahine. The arrangement with the members had no legal basis and all the assets were seized and the bold experiment came to an end after two years.

I wanted to see how much of Ralahine was left. It was easy to find; just a short drive out of Newmarket-on-Fergus. I met local farmer Niamh, who pointed out some of the original buildings from 1830 which are still standing. There is the old mill, very much intact and a long whitewashed building, which at first I thought was stables, was the old working mans’ cottages. Each “house” has a single room with a fireplace,  Probably very comfortable for its day. . 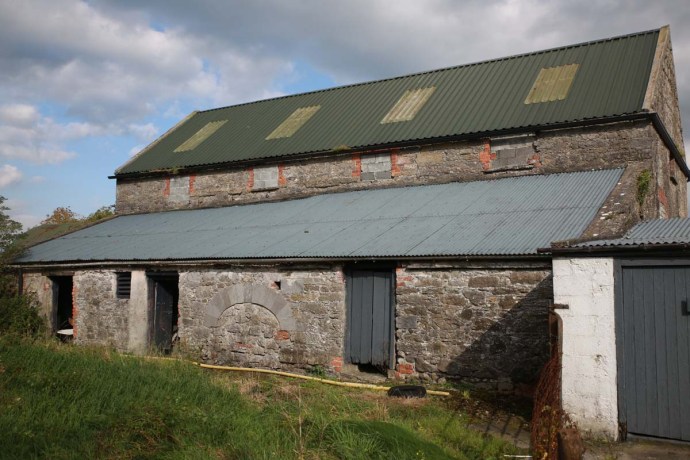 Rear view of the Old Mill 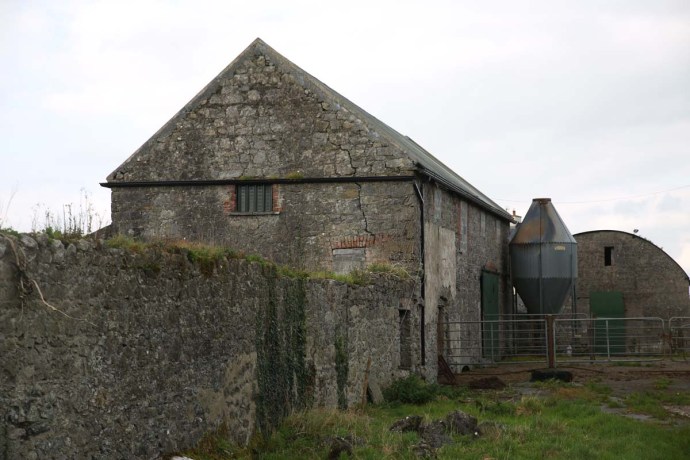 Front view of the Old Mill 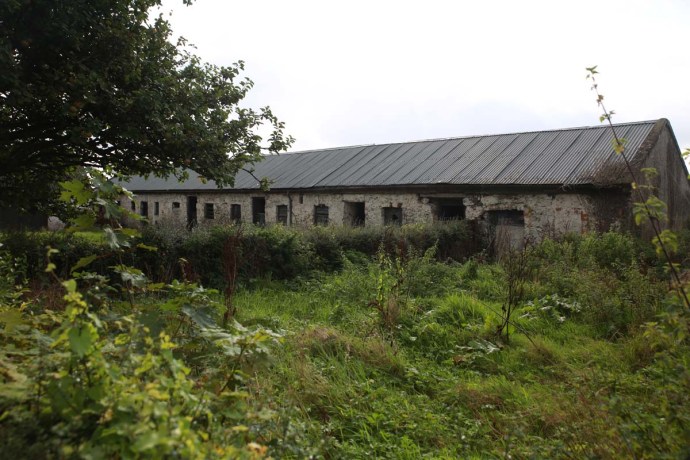 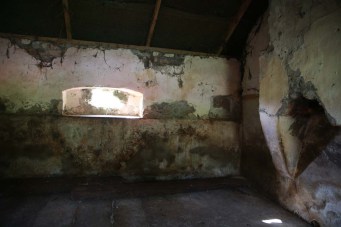 There are a number of other buildings and many walls which also appear to date from the same time but these mostly seem to now be used for storage. And of course looming over it all is the Rathlahine Castle, a previous home of one of the MacNamaras,  possibly looking a little worse for wear now than it did then. 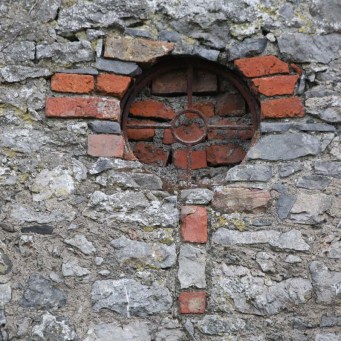 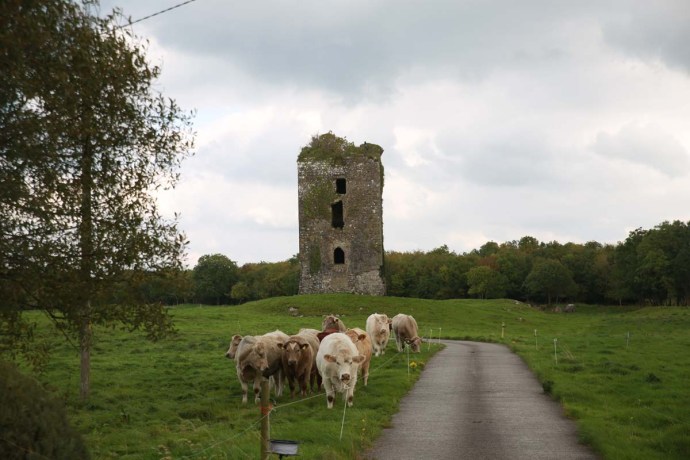 The original house, the residence of Vandeleur,  was apparently demolished in the 1940s. Niamh said it was due to the windows tax, but this sounds a little fanciful as the window tax ended in the 1850s.

Ralahine.  The site of the original Rathlahine House.  Nothing remains.

I found a few very old apple trees near the mill, laden with fruit and it would be nice to think that these date back to the days of the colony.  So maybe John Vandleleur, if he is looking down on his life’s work from his vantage point above, may take some solace in the fact that among the crumbling ruins of his dream apple trees, his farmers planted 185 years ago, are still bearing fruit. 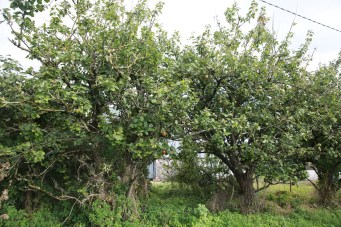 7 thoughts on “A Visit to Ralahine, Co Clare. A Failed Experiment.”