It’s not everyday that an album comes along that completely stops you in your tracks. That you just listen to over and over again and keep discovering something new. There was a real buzz at the Traditional Irish Music Festival in August 2017 about this album and the room was packed out at Peppers Bar on the Thursday evening with people peering in the window to get a look.

He was supported by Clare ‘royalty’ Mary MacNamara and Dennis Cahill and I listened from outside the door along with the others who couldn’t get in.

I didn’t remember meeting Ryan Young. But he assured me we did, two years ago at Feakle at a Martin Hayes workshop. And we have been Facebook friends since then so we must have met.   In 2015 Ryan was visiting Ireland for the first time from his home in Loch Lomond in Scotland and meeting Martin also for the first time.  Too shy though to speak to his idol he sat through the three days silently.

A lot has happened for Ryan since then. I met him again this year at Feakle and as before he sat in on Martin’s workshop. This time though it was a different matter.  Martin was well acquainted with him.  In the last two years he has achieved second in this year’s BBC Musician of the Year, supported Martin and Dennis Cahill at Celtic Connections and produced a CD after a You Tube clip was spotted by renowned producer Jesse Lewis.  And he deserves every ounce of this success.

Although hailing from the Highlands he is an adherent of the Clare style of fiddle playing, particularly East Clare. He had grown up with recordings of PJ Hayes, Paddy Canny, Bobby Casey and Martin. It was inevitable that he would bring this style of playing to his native tunes. 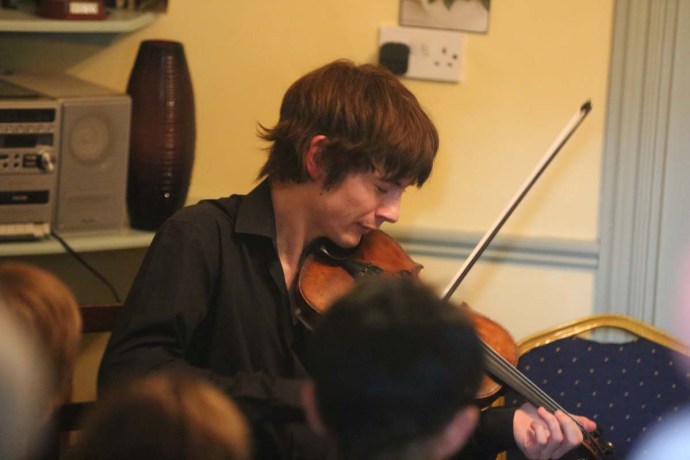 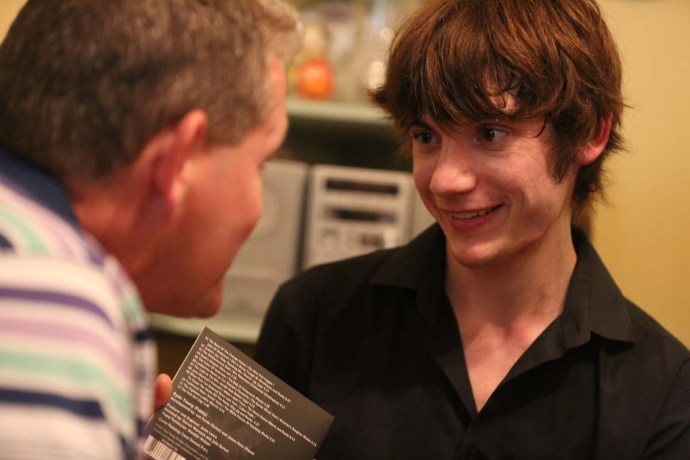 And that’s what his eponymous CD does. But for me it is done in an extraordinarily sensitive and sensual way. The clarity of sound and the sweet accoustics reflect that it was recorded in the Opera Theatre at the Royal Conservatoire of Scotland.  This, with the brilliant controlled and expressive playing make this an outstanding recording.

The music is sometimes irresistibly Scottish but, even though all the tunes are ‘Scottish’, it often doesn’t sound like it. One can imagine purists would not be too impressed. Many of the tunes though are familiar sounding;  I am sure I heard elements of Rakish Paddy in there somewhere.

It is of course hard not to reference Martin Hayes while you are listening but there is so much originality and thought in the music that it does take on a life of its own.  There are a number of longer tracks that explore different rhythms and textures in the same way that Hayes and Cahill do and the use of the piano at times is particularly pleasing.

But for all this, it is not Clare Music, it is not Scots, it is Ryan Young. That’s quite an achievement.

One thought on “Ryan Young. A CD Review.”