The day didn’t start too well. Sometime during the night I stubbed my foot into a chair and dislocated my little toe. Pain! It had a 90 degree bend in it and I didn’t sleep that night. I figured I would limp through the day and seek treatment later.  The Show must go on.

But I didn’t count on the magic of the Fair. As I stepped onto the hallowed ground, dodging the horse pats, I was miraculously cured. The toe clicked back into place and the pain just disappeared instantly.

Should Spancil Hill become the new Knock? Conversion on the Road to Tulla?

Can’t believe it’s a year since I was here. I blogged on it then so I won’t repeat those thoughts here as they are still entirely apposite.

Yet last time it was such a novelty. Now I feel more part of it. I was with Miriam and Linda, woofers from Germany, staying with Pakie and Irene, who have a farm near Mullagh, and they are both horsey people so they gave me more of an insight into what was going on.

And what was going on was, literally, horse-trading. This is so much a part of so many lives still here in Ireland. There was much to take in. Traveller girls dressed to the nines, men with sticks, so many sticks (and when a horse bolted in my direction I understood why), horses of all types, ponies, donkeys, carts, puppies, traders selling pretty much everything, the three-card-trick, drinking, hamsters and chickens, and more horses. I watched deals done and the apparently haphazard system results in buyers and sellers coming away happy. People, young and old, just stand there in the field with their pony or horse and potential buyers look them over and, if they like it, agree a price and take their purchase away.  No spruiking or pressure.  Horse traders from Britain in particular arrive in droves, buy them up cheap and take them back to sell to riding schools or wherever.  It’s been thus for hundreds of years.

As the crowd thinned people gravitated to the Spancil Hill Inn where I was persuaded to sing. I sang half a dozen songs. That was a real buzz. Afterwards wind down sessions at the recently reopened Brogans and then Ennistymon on the way home. A day that started at 9am and finished at 1 am.

The Sunday before the Fair was a family fun day at Duggan’s Pub, with a donkey derby (bookmaker and all), tractor balancing, wellington boot throwing and musical chairs with donkeys and with bikes for the kids. You had to be there.

I decided to use black and white on many of these photos. Just thought it gives a more timeless aspect to the images. 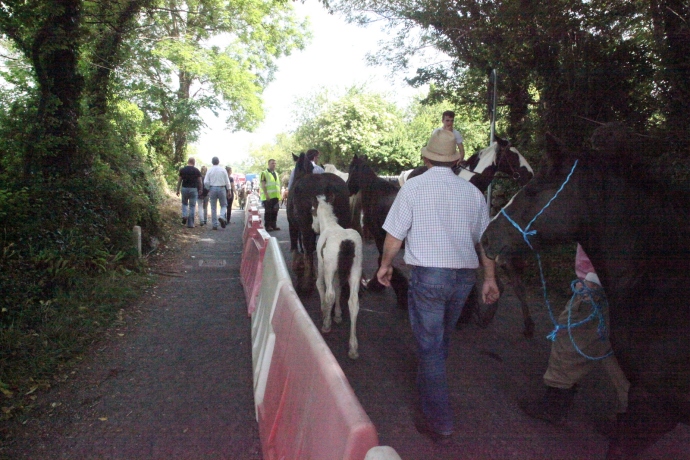 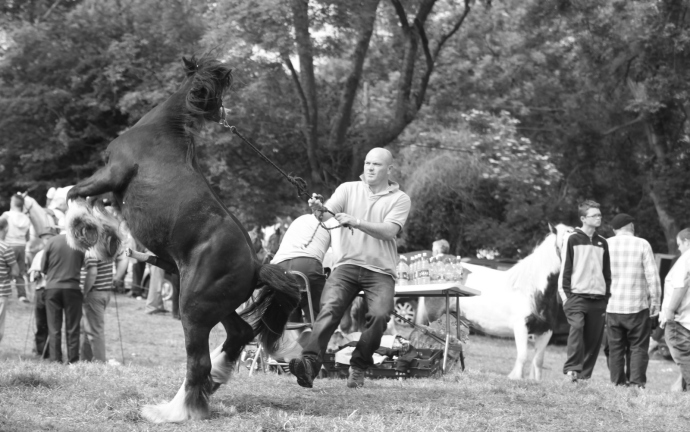 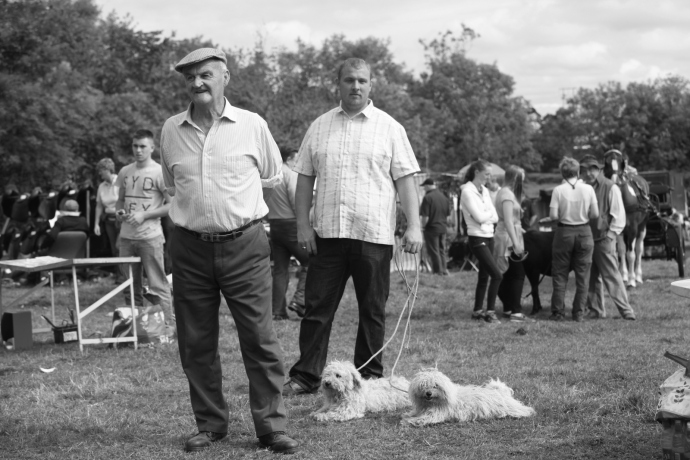 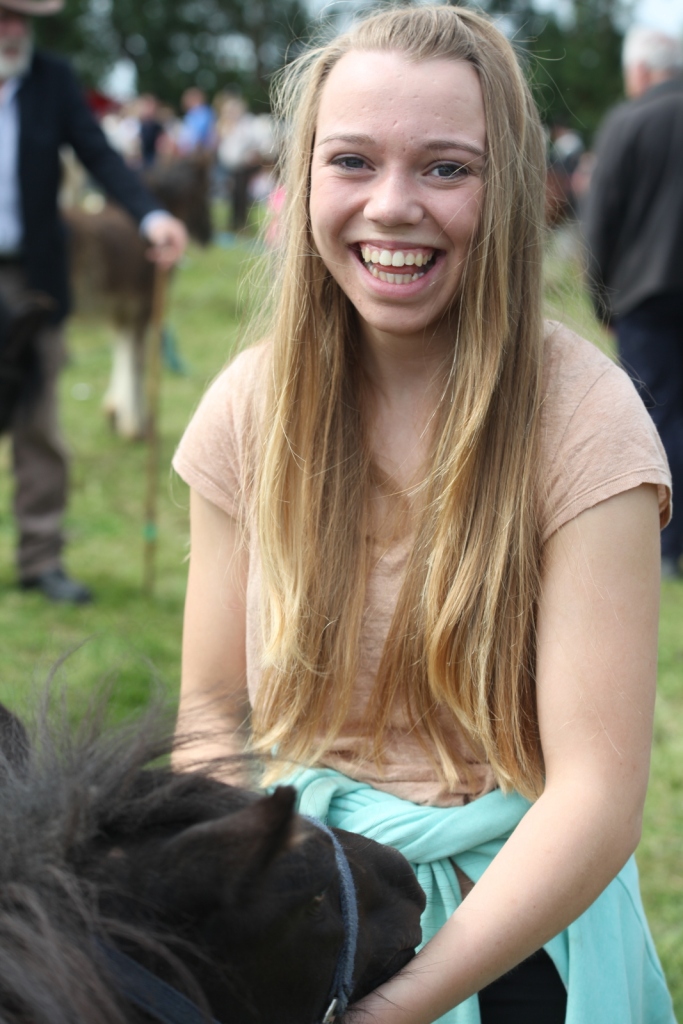 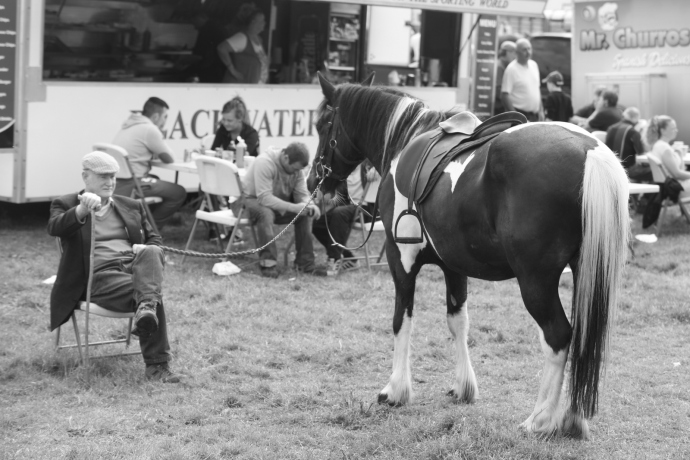 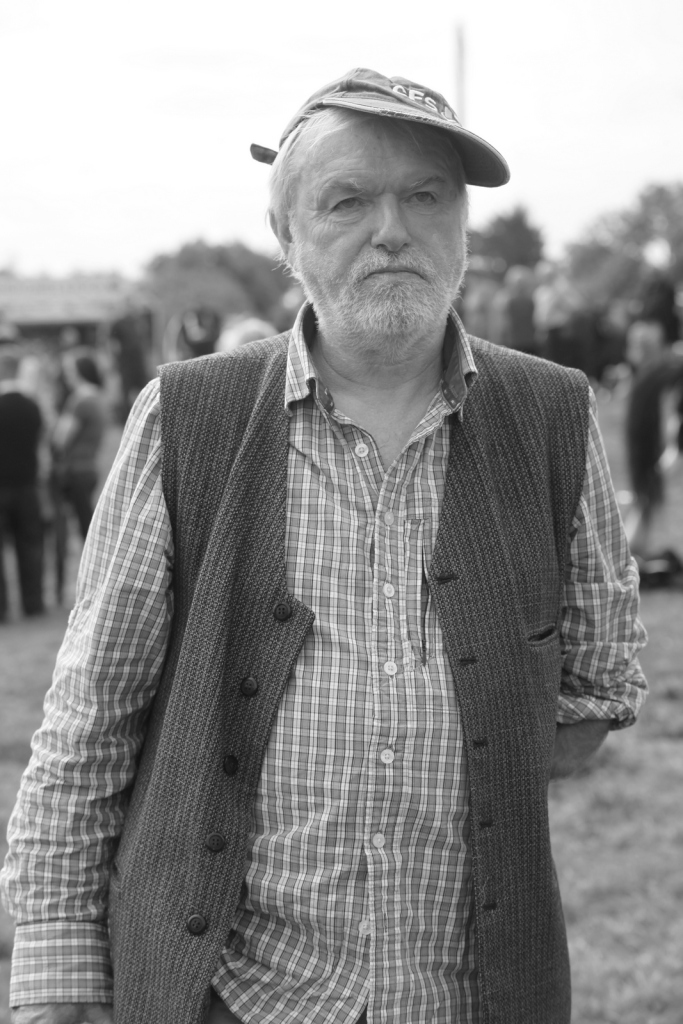 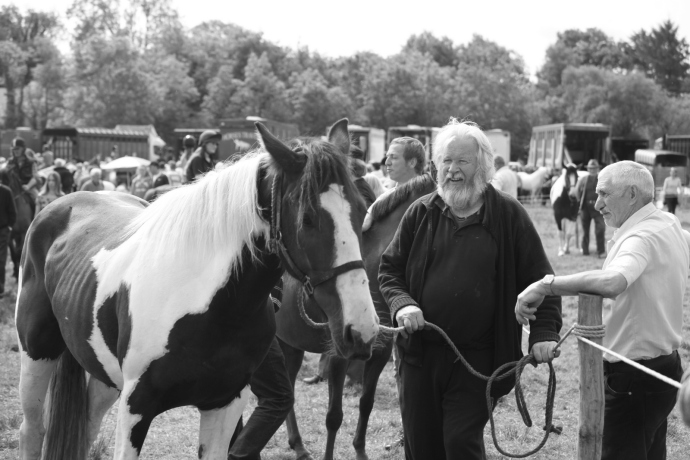 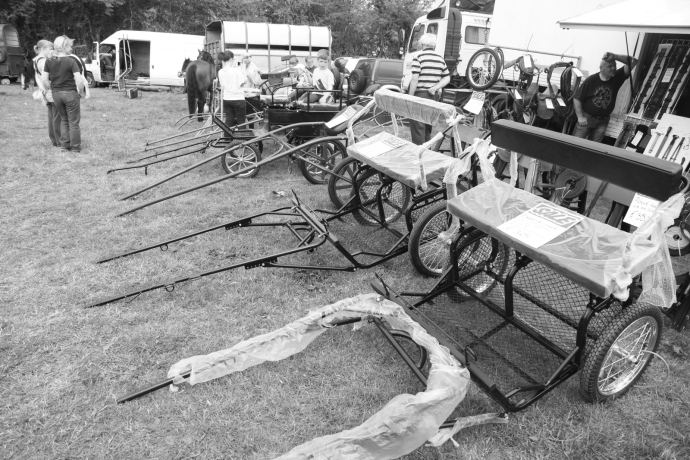 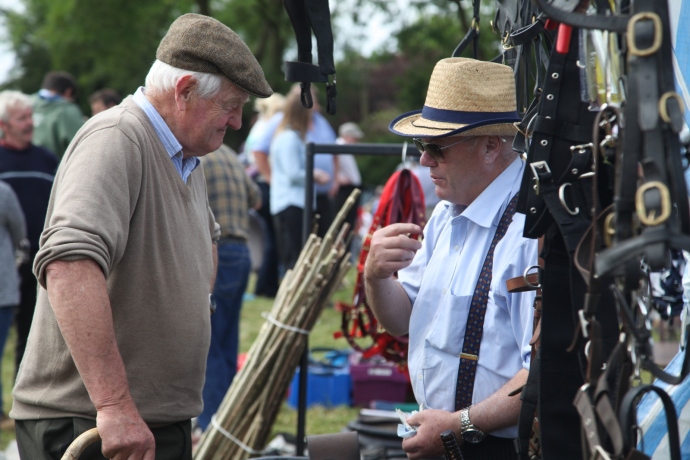 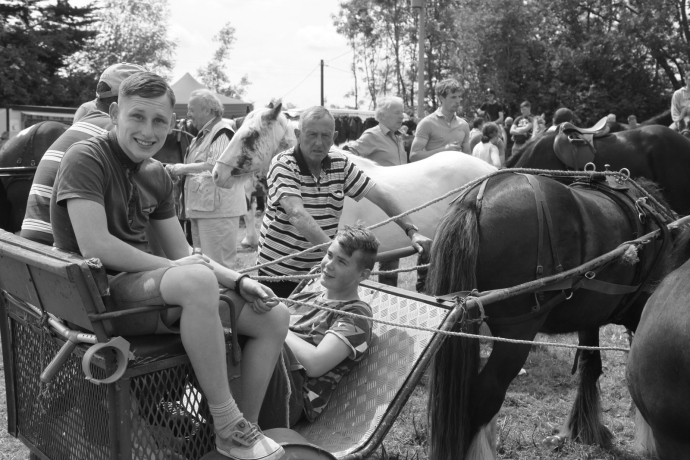 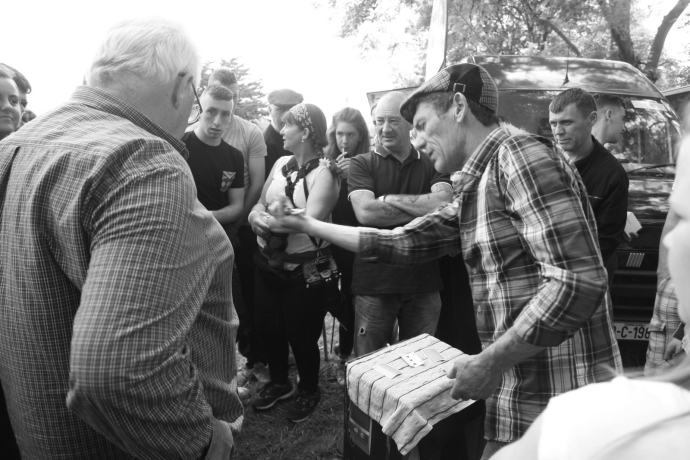 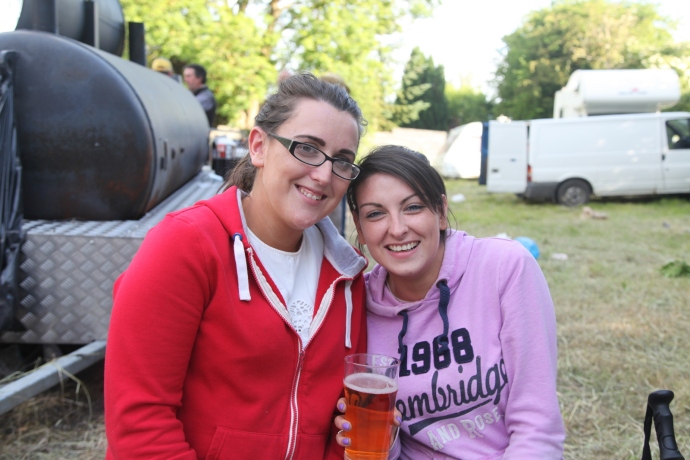 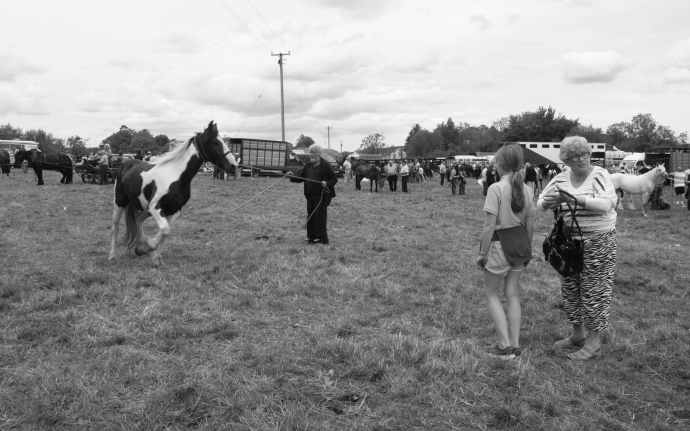 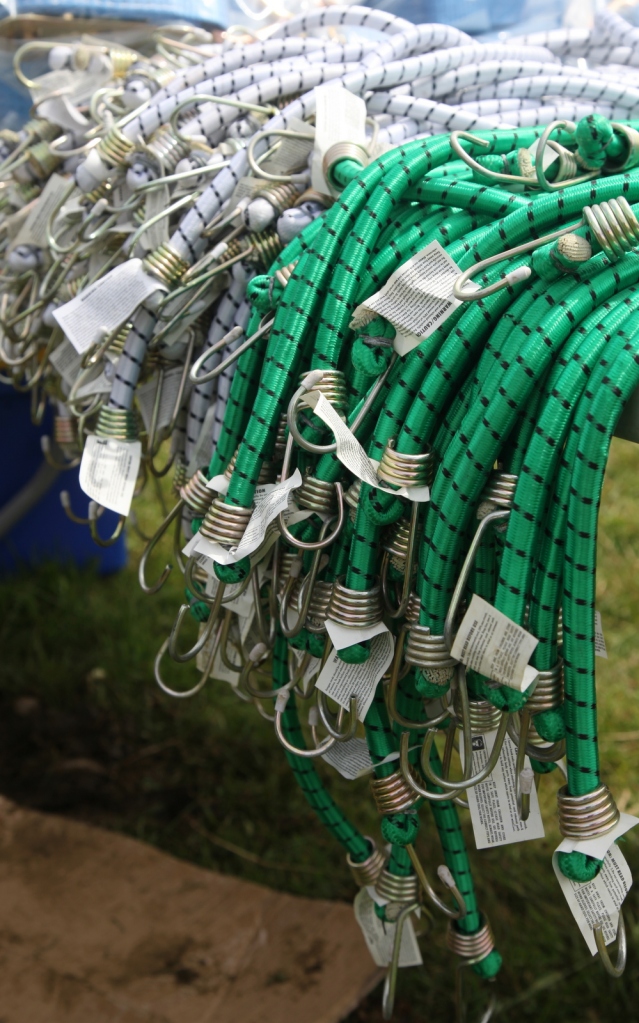 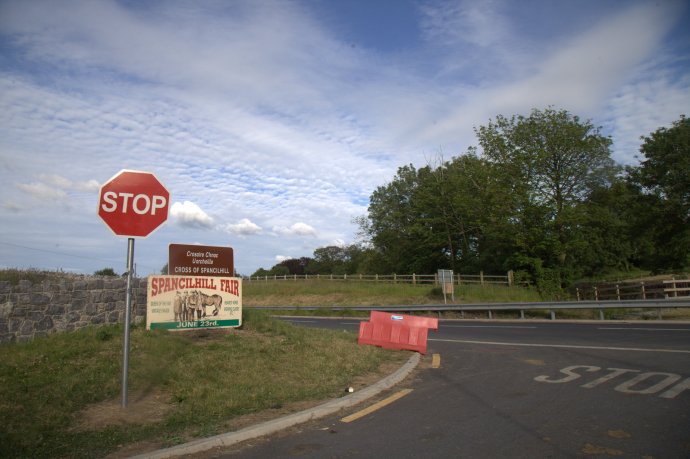 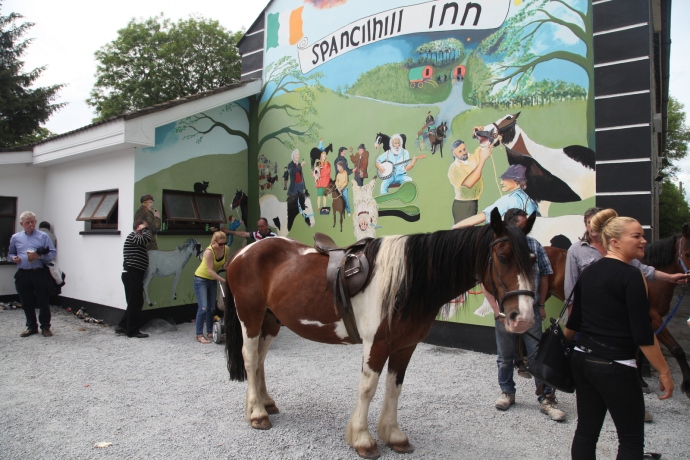 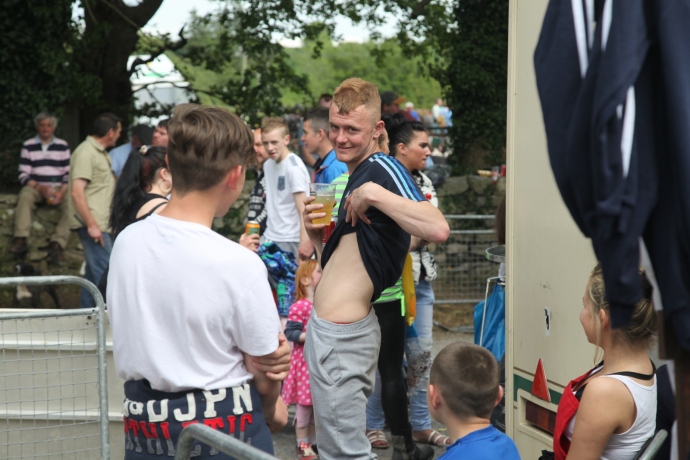 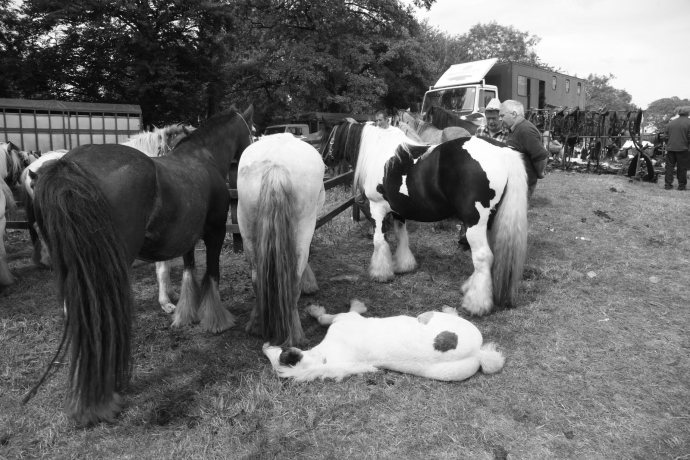 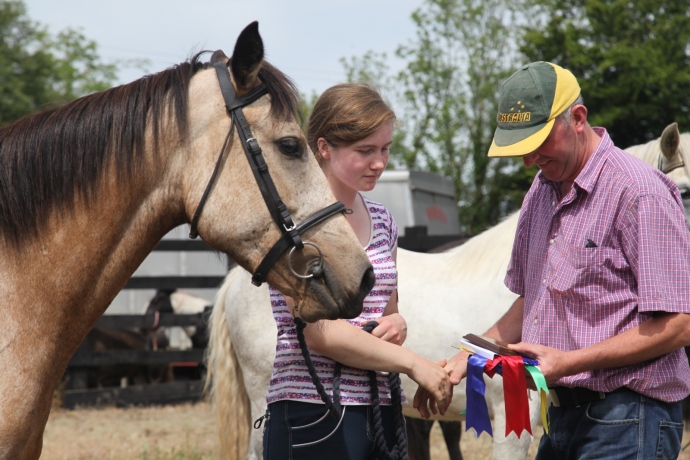 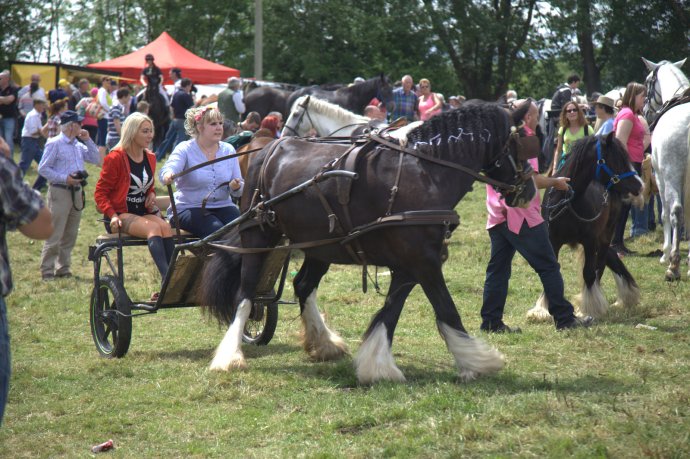 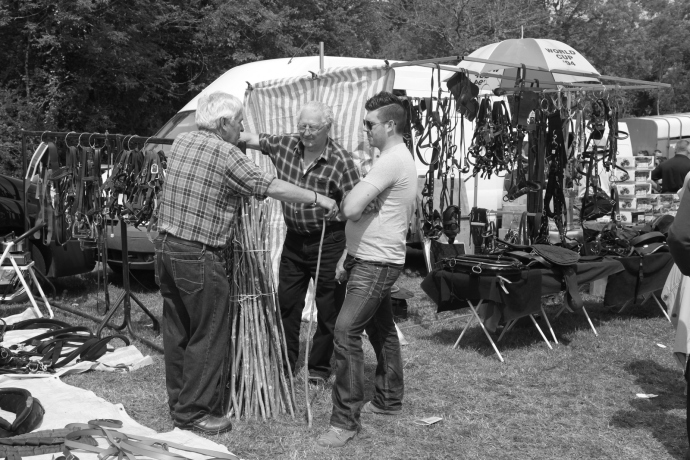 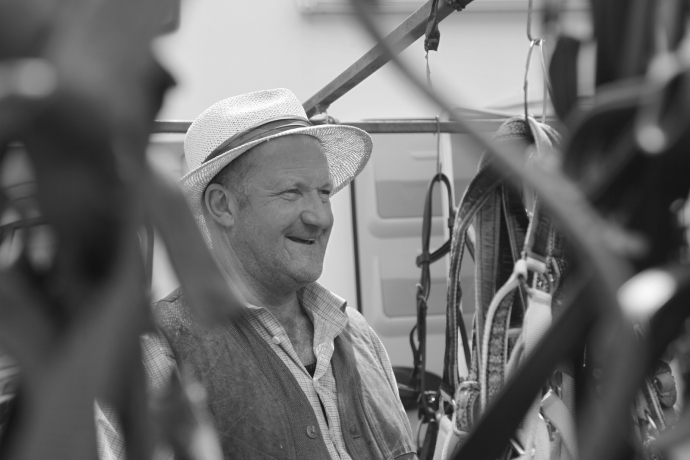 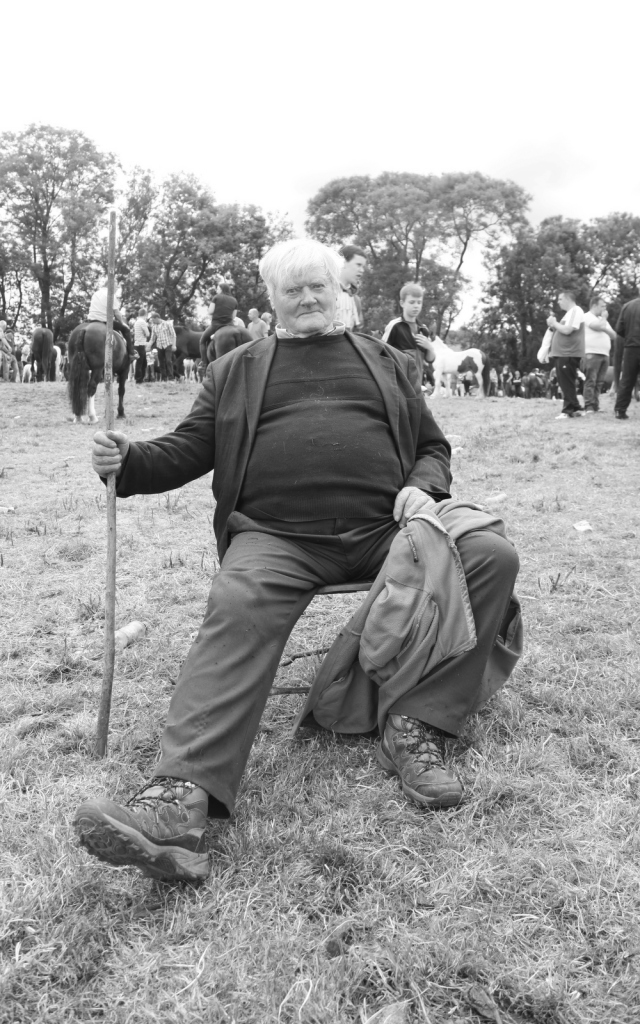 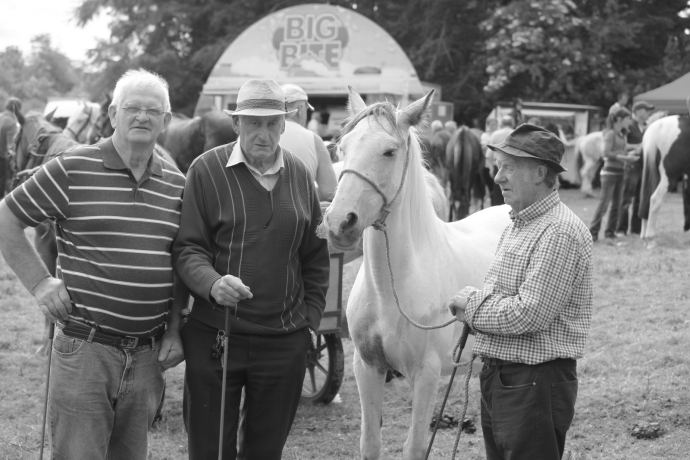 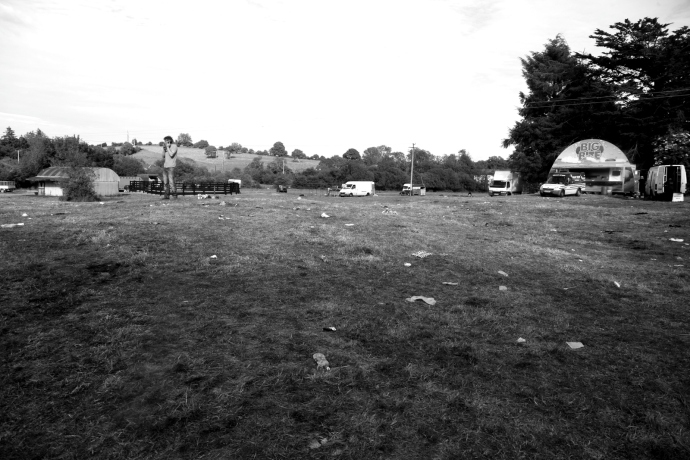 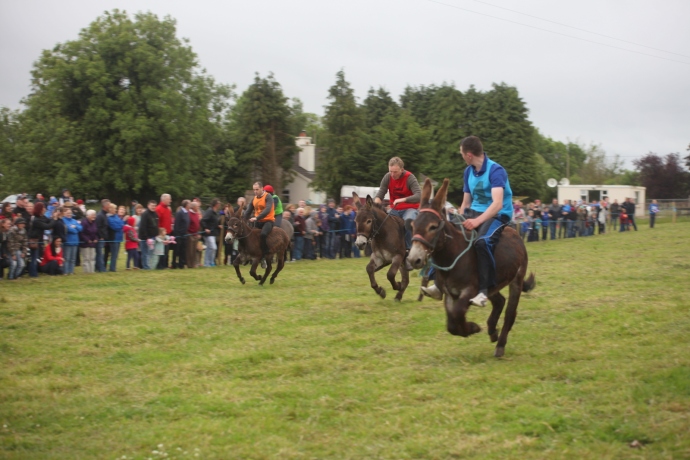 One thought on “Spancil Hill Again.”