Trip to Ballyferriter. Over the Conor Pass.

I had  been to the Dingle Peninsular three times before and each time the weather was so bad I was warned off crossing Conor Pass.  Not this time.  I am off to a music festival in Ballyferriter and as I crossed the water to Kerry via the ferry from Kilimer there was glorious sunshine.  And then there was rain.  And then sunshine.

I could see the Slieve Mish mountains and they were snow-capped and so enticing I decided to risk the Conor Pass.   I pulled into a garage to fuel up and the guy behind the counter in a rich Kerry brogue says,  “So where are you headed?”  “Dingle”.  “Ahh.  You’ll be going over the mountain then.” I could only agree. 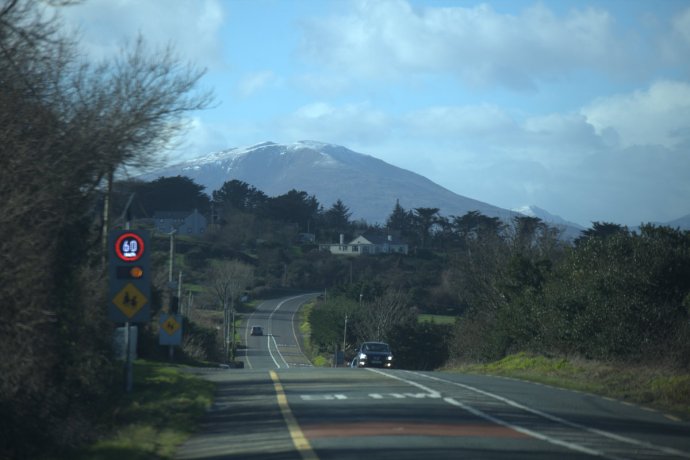 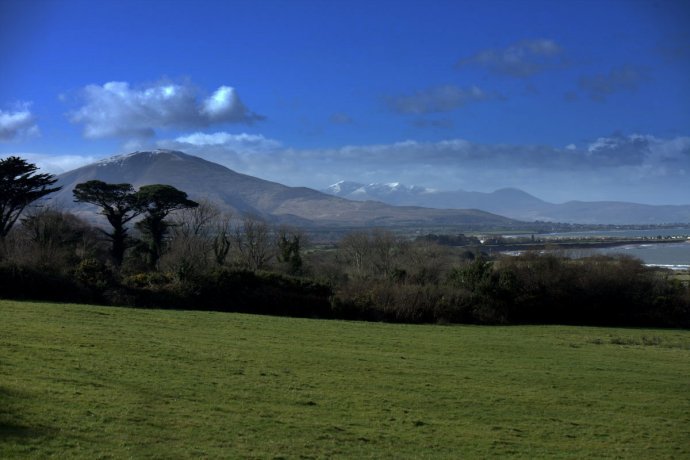 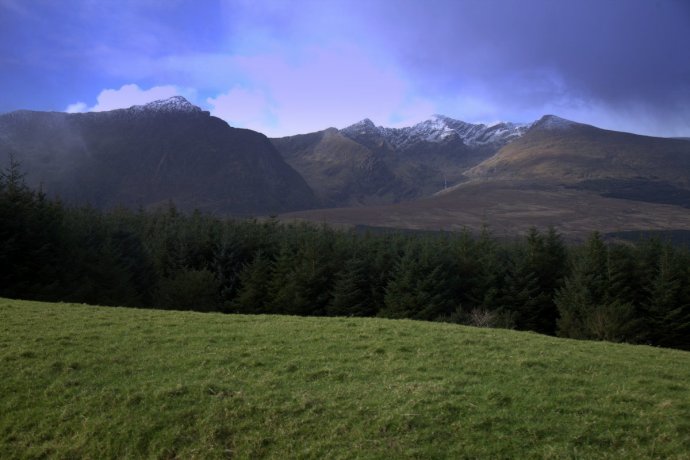 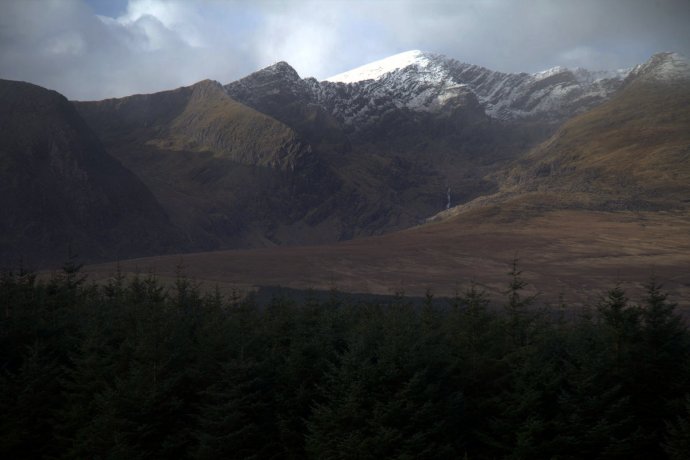 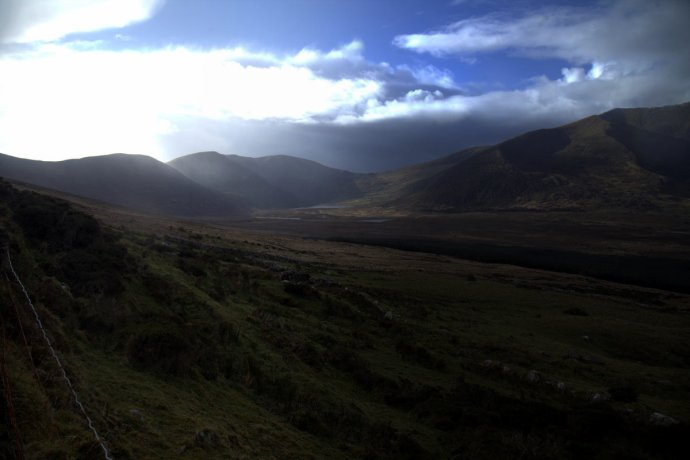 The Pass is the highest in Ireland.  It is a winding,  often single lane road and  buses are banned.  At one point the road climbs continuously for over five kilometres.

It didn’t take long for the cloud to descend and by the time I reached the Pass it was snowing.  Just light wonderful flakes drifting hither (and thither).  Not enough to settle.  My fingers were numb but I clicked away furiously.  It was around 1oC but I was charmed by the beauty.    The landscape had been scoured by glaciers in the most recent Ice Age and all the features I had learnt about at Rock School were there.  U-shaped valleys, tarns (or as they are known here corrie lochs), a string of them in fact (called a paternoster) and moraines and deposits of glacial till.  One corrie sits well above the valley floor in a perched valley (cirque).  There was a perfect glacial pavement with striations caused by the scraping of rocks carried along the bottom of the glacier.   Check the photos. Aside from being a geological wonderland it was a place of extraordinary beauty.  The one lane road crept up the mountain to the top of the pass where to the north I could see Castlegregory and across to the Blaskets and to the south Dingle stretched before me. 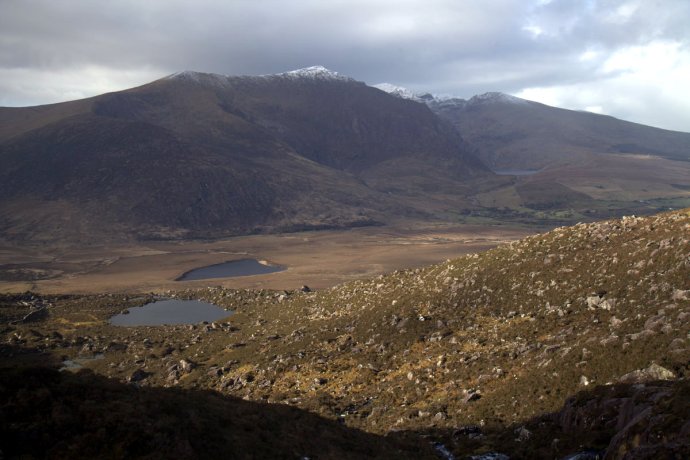 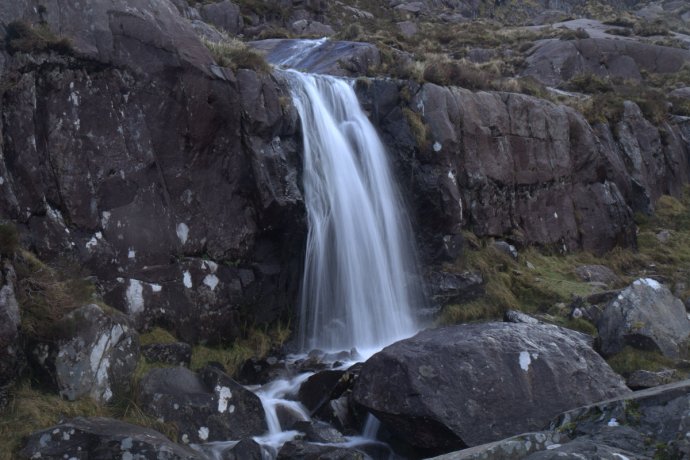 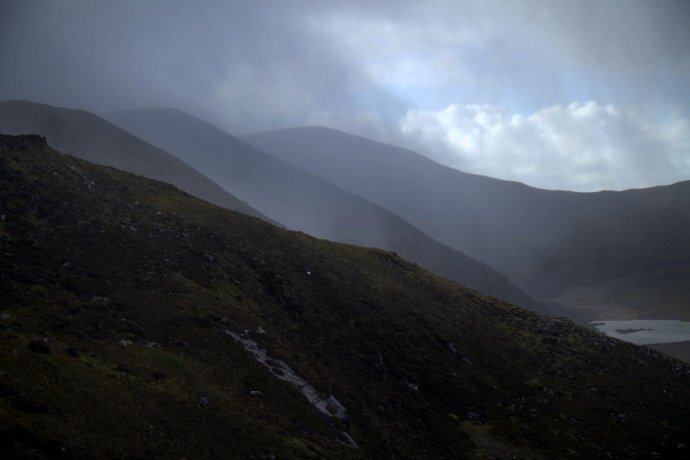 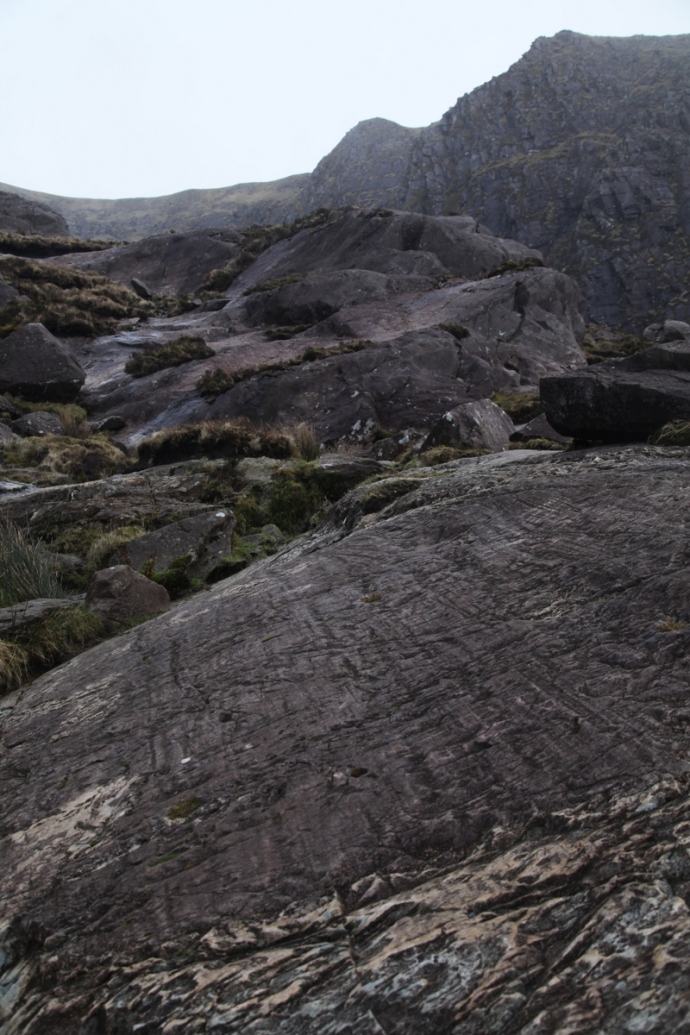 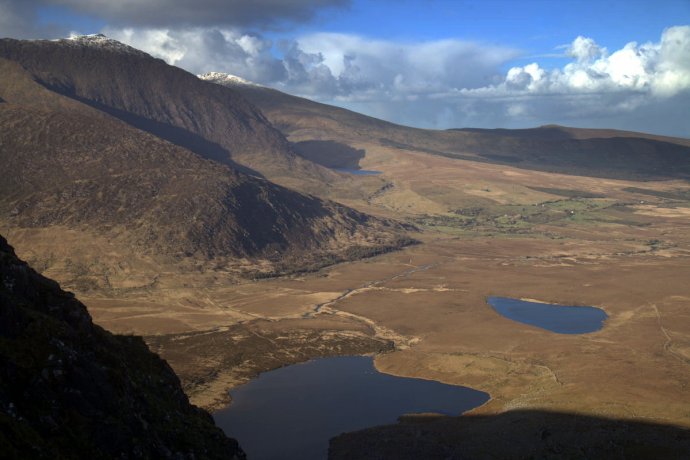 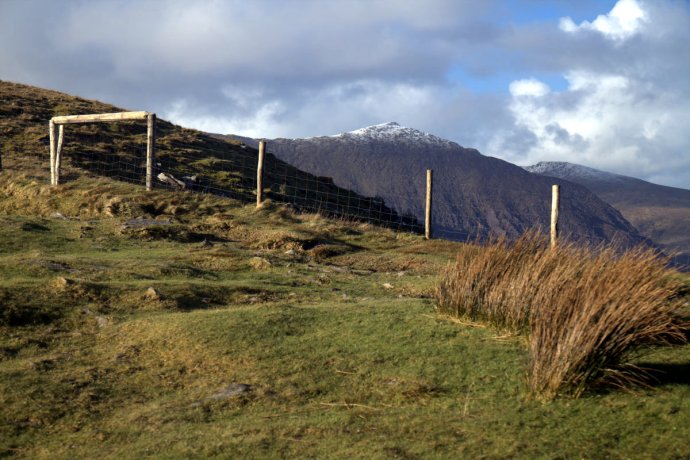 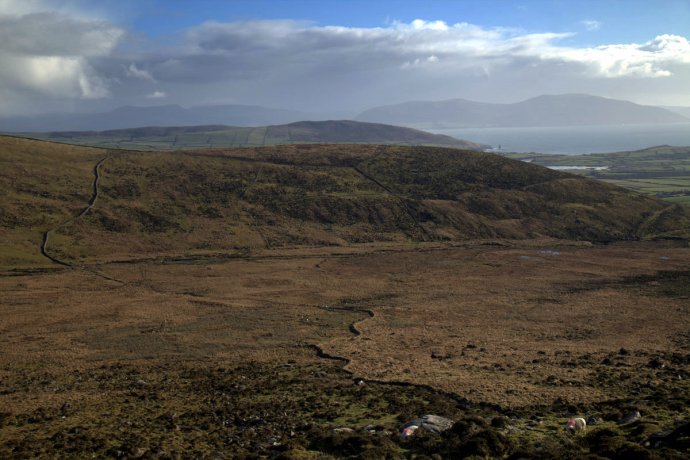 How hard is it to build a straight wall? 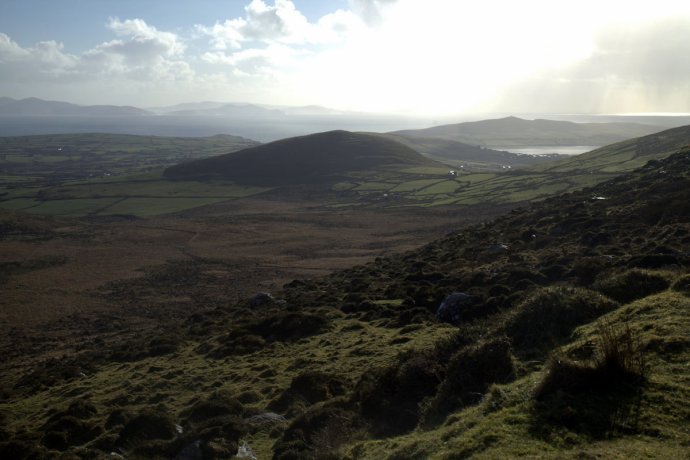 View towards Dingle from the top of the Conor Pass

On to Ballyferriter and I was greeted by an intense hailstorm .  Just a couple of minutes but enough to create a temporary whiteout.  Four seasons in one day.  Was I in Melbourne?

I will talk about the music festival that took me to Ballyferriter in my next blog.