Thursday. Every festival has its magic moments. Today was one of the magicest!. More about that later. I decided to take the day off so I can’t report on the Café concert or the lunchtime concert. Sorry about that. Instead I took friend Maureen from Australia on a road trip that included the Cliffs, Poulnabrone and the Sheela-na-gig at Kilnaboy. The Cliffs were a complete white out with just the occasional glimpses through the cloud. Ah well ! that’s Ireland.

Back to Ennis to catch the last of the Fionn Seisun with Frank Custy and then an impromptu session at Cruises with visitors from Czech Republic, Wales, Germany, USA, France, Spain. You get the picture. I had the choice of staying there with Brian Mooney and friends or going to Ciaran’s or Faffa’s. How am I going to be when there are 20 sessions to choose from at the weekend?

I decided to go to Cairan’s, got myself a prime seat and soaked up the sound.  Andrew MacNamara was accompanied by Nuala Hehir and Paolo Cerato.  Three boxes!. And Brendan Hearty on guitar.  It was truly great music with rhythm and lift and I so enjoyed playing along.  And there was a guest appearance from Sean Smyth from Lunasa.   I was in my element. Andrew was in top form which augurs well for the Dungarvan Festival next weekend where Boruma Trio are headlining. See you there!

I popped in to Faffa’s briefly where Siobhann Peoples and Blackie O’Connell were in full flight but there was no chance of a seat in the tiny space in the window. So I took some photos instead.  No real surprise there I suppose.

Back at Ciaran’s it wound up soon after midnight and when I thought it was all over I was packed up and almost out the door, when a friend whispered in my ear to stick around as Tony Cullinan was going to play. The name meant nothing to me. I had never heard of him but minutes later the fiddle exploded in the hands of one of the great characters of Ennis. Here was as unorthodox a fiddler as you will see. He holds the fiddle vertically and almost behind his head. The hand leaves the fiddle regularly. He may not be a fiddler’s fiddler but there is passion and there is ‘nyah’. As my friend said “it is like he’s not playing the fiddle, it’s playing him”.   I could see what she meant. Along with the small crowd that remained I heard him accompanied by Nuala and Brendan and then solo. I was so happy just to listen but then he called me up to join him. It is funny how I had no nerves and playing with him lifted me to a level I didn’t think I was capable of. It was a special experience. I drove back to Caherush in the fog getting home totally exhausted at 3 am. Like I said every festival has its special moments,  I make no apology for including quite a few photos of Tony.  He is a dream to photograph and has a huge variety of expressions.  Hope you see it the same as I did.

Just an afterthought. We sometimes think the world revolves around music (well, I do!) but there are a lot of other facets to Ennis. I’ve included a few photos at the end that show some different sides of Ennis on Thursday. Party town? 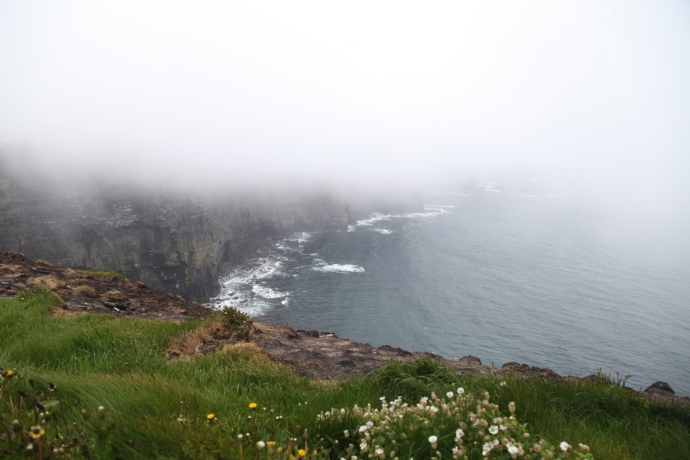 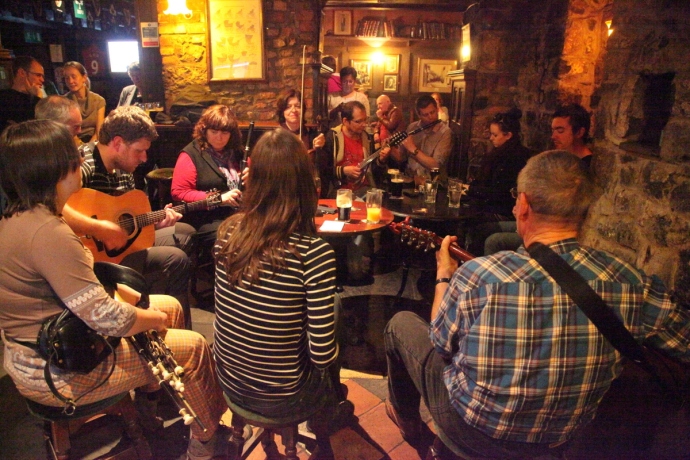 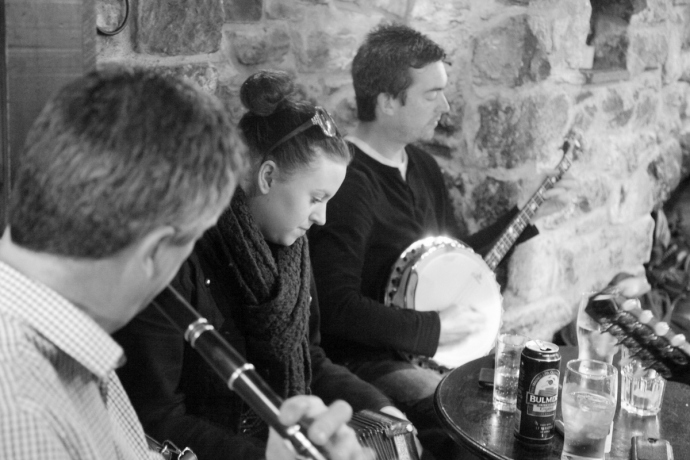 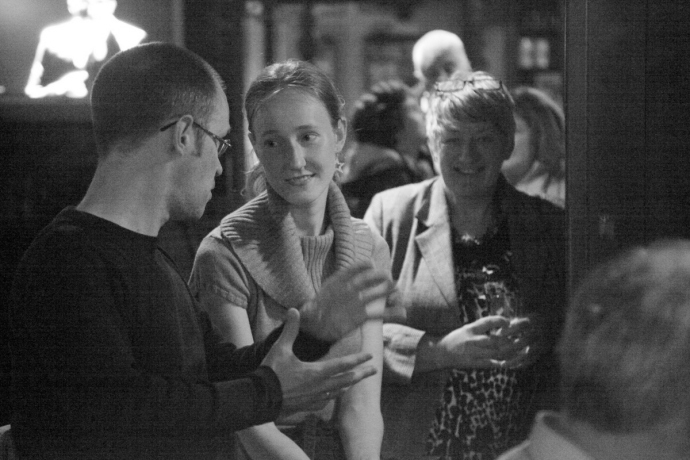 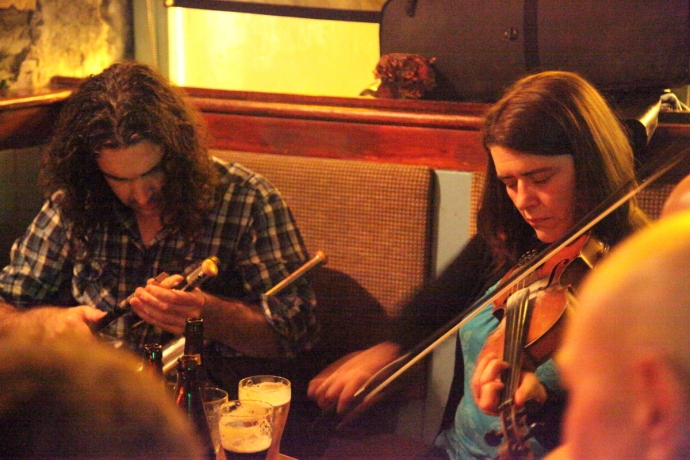 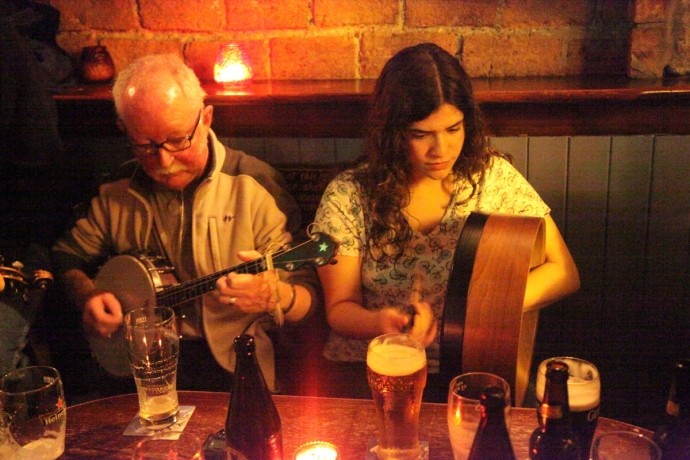 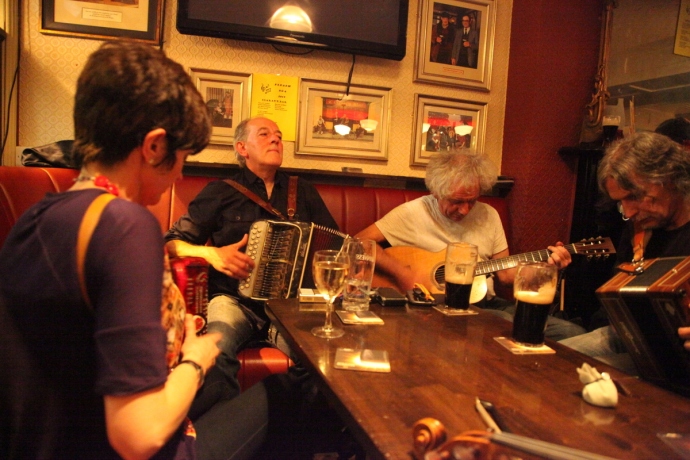 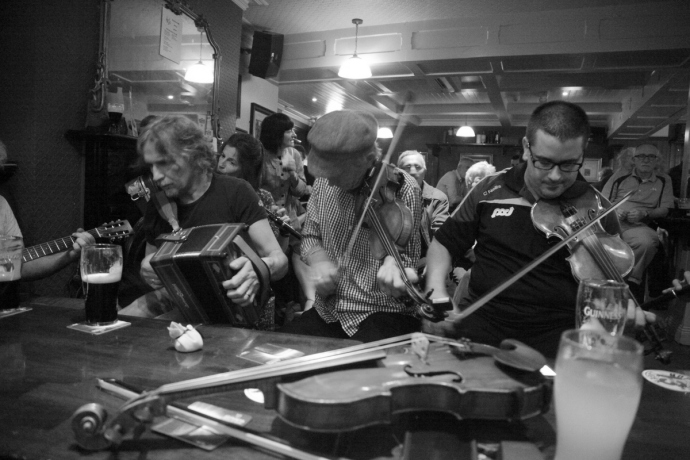 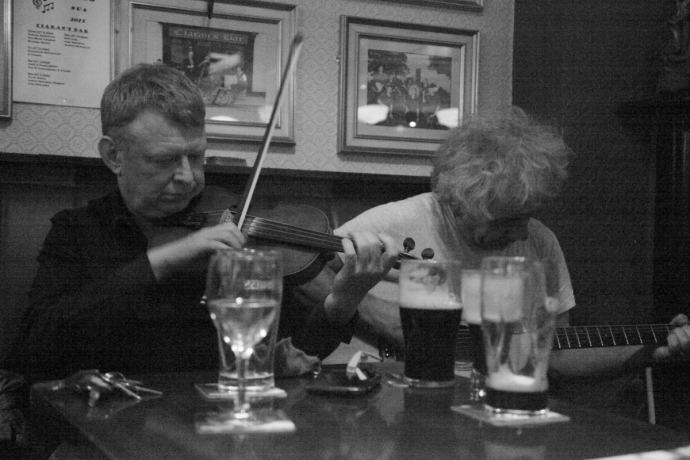 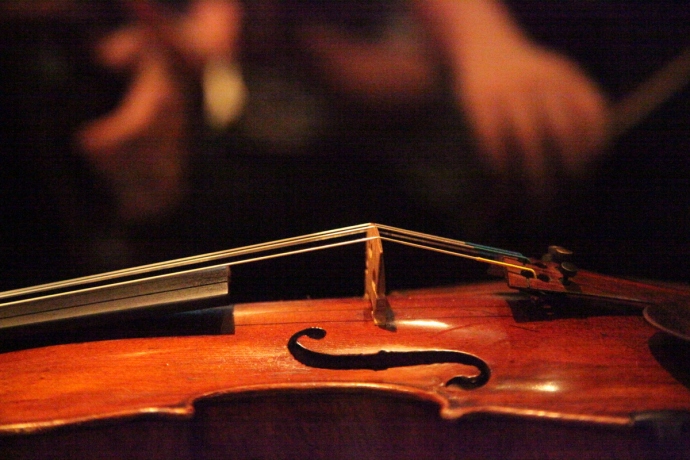 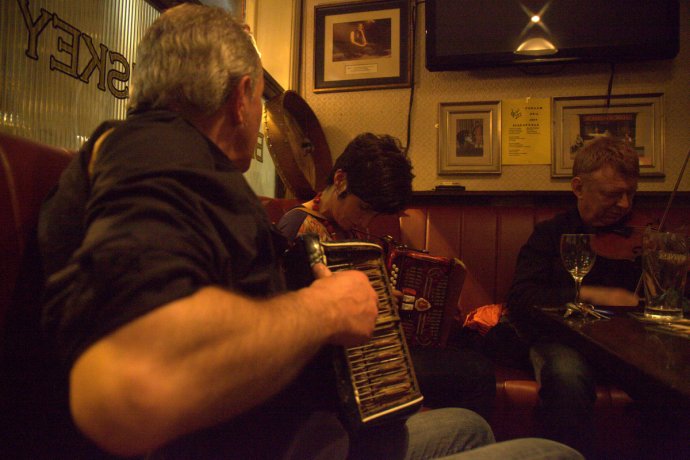 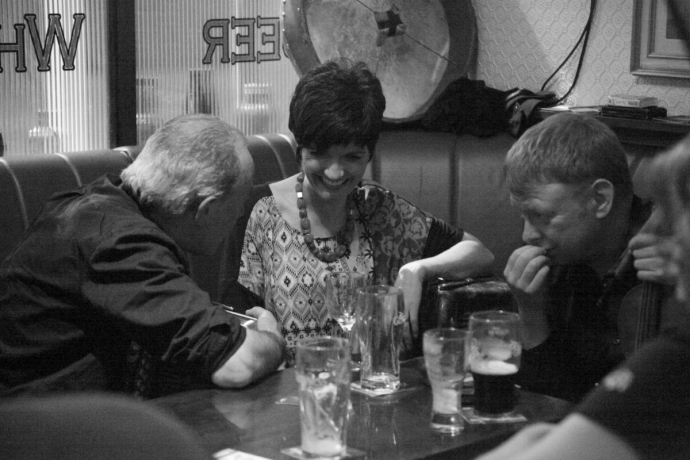 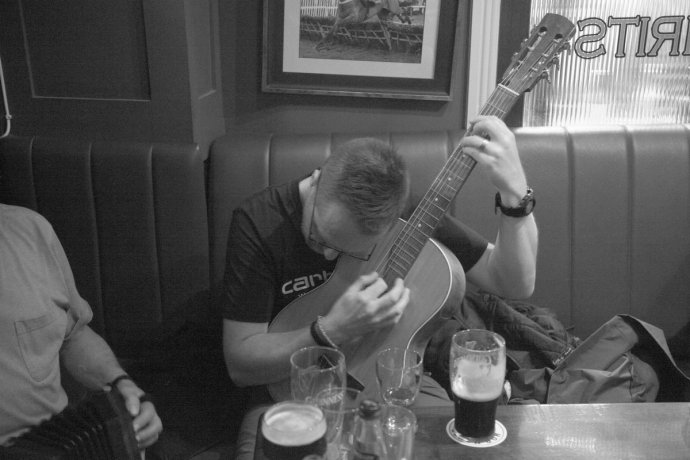 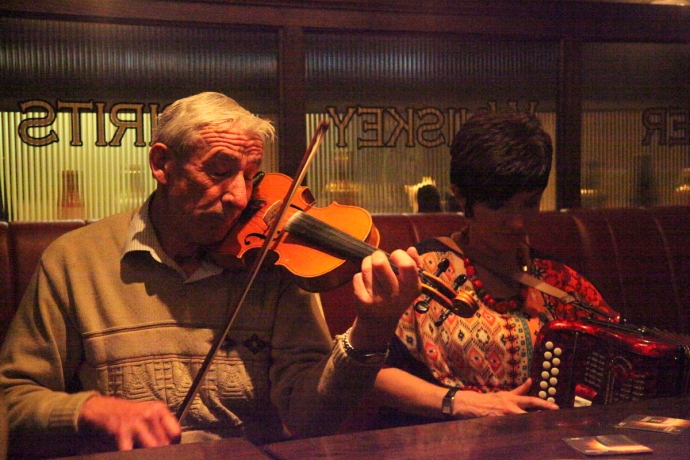 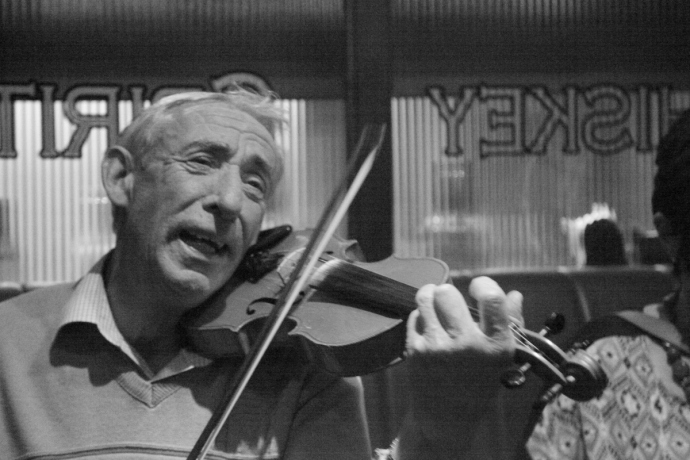 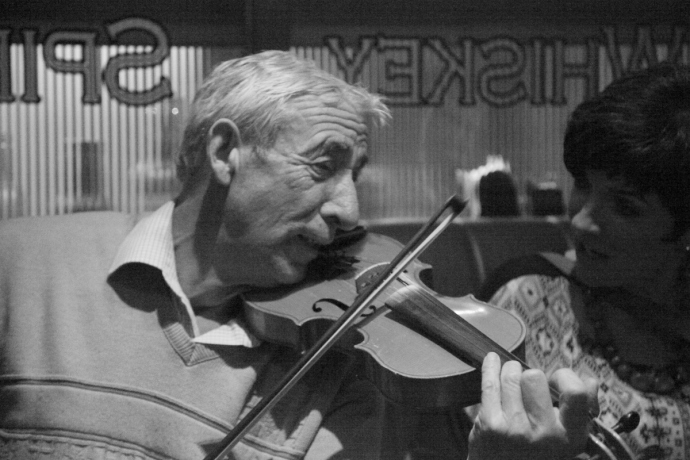 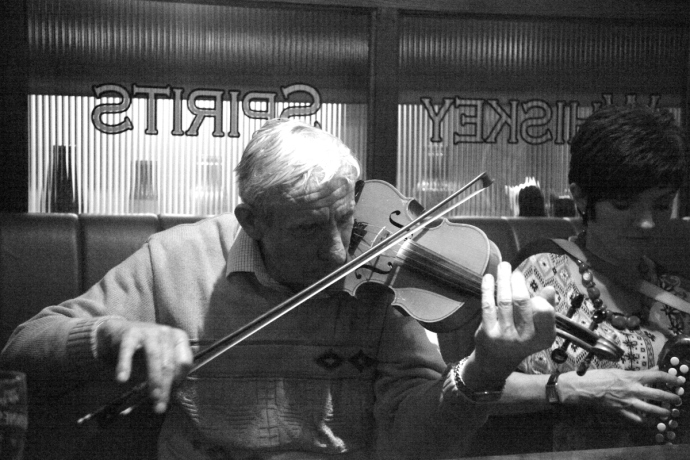 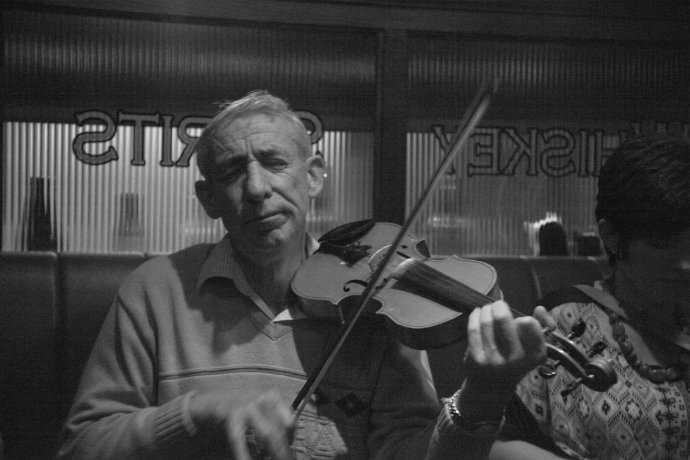 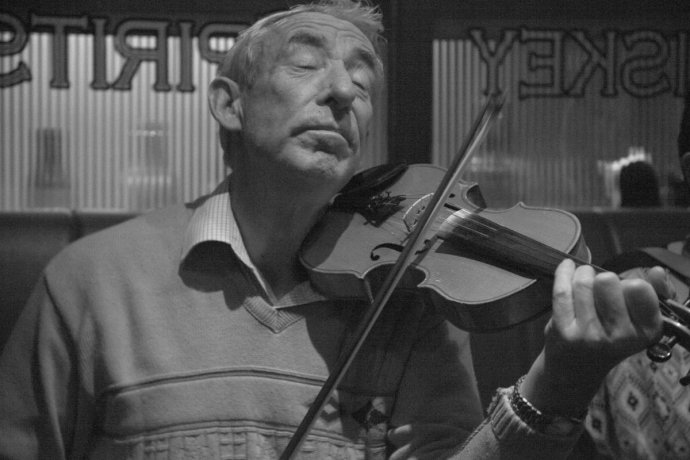 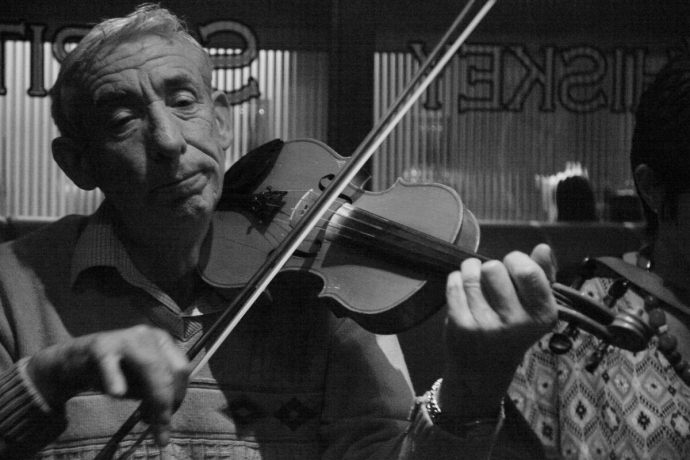 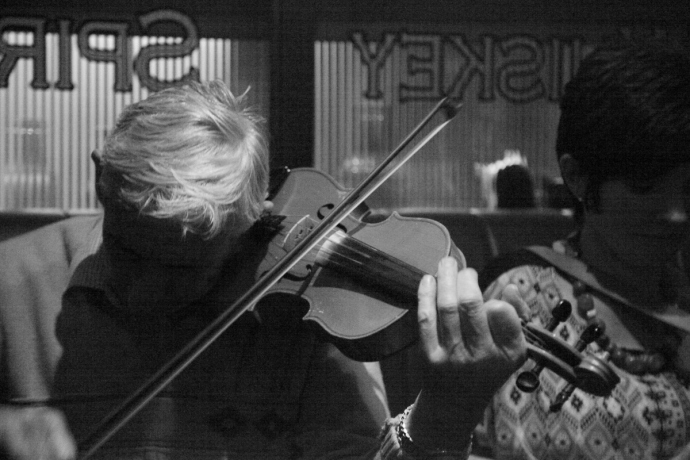 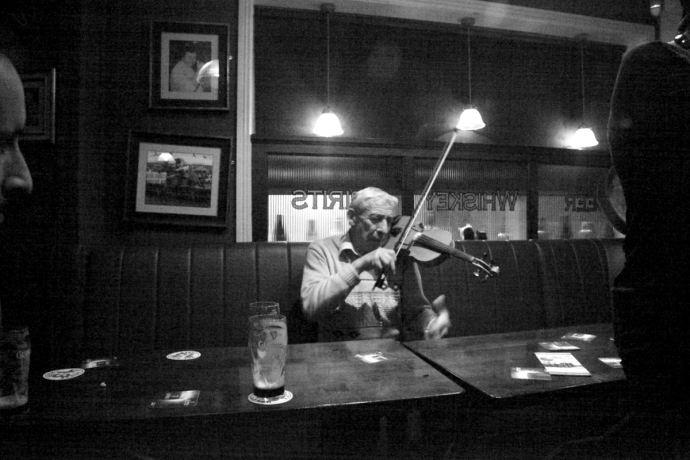 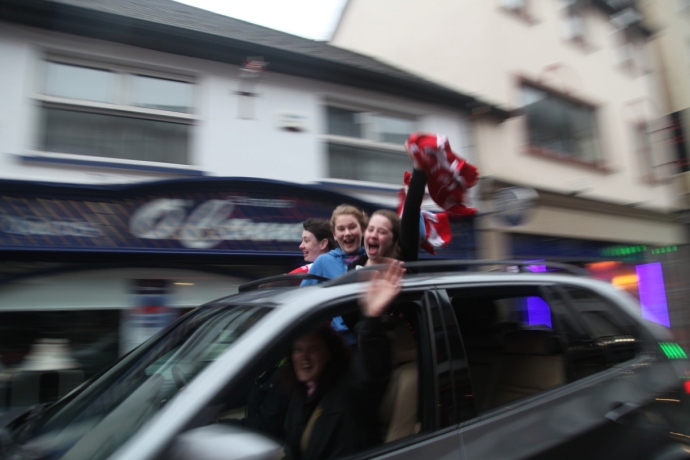 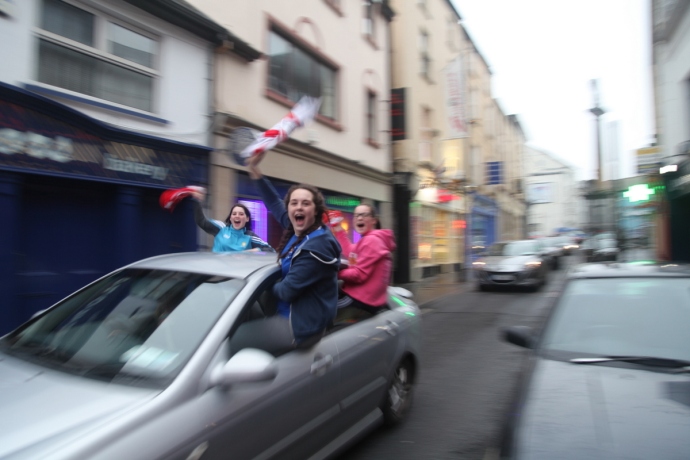 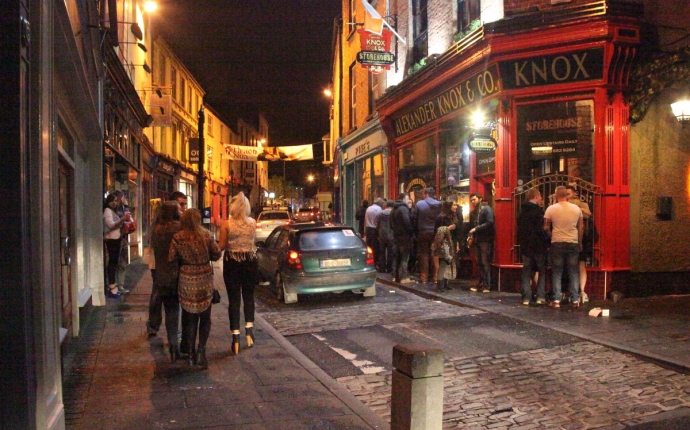